Burning the Bigtop Down – VINYL

Categories: Burning the Bigtop Down, Vinyl

When an artist takes on their chosen medium, they don’t know how long it will take to complete their art, for there is a process. It took Michelangelo four years to paint the Sistine Chapel and 16 years for Ernest Hemingway to write his masterpiece, The Old Man And The Sea. Led Zeppelin only took 30 hours to record their breakthrough album, Led Zeppelin I – great art knows no concept of time, and sometimes, neither does the artist.

Mike Younger, a renegade troubadour and poet of roots music, knows the feeling. “On January 15, 2001, we began cutting the first tracks for the record that would come to define me, break me, and resurrect me over the next 20 years.”

With two of the greatest minds in rock music history, Levon Helm and Jim Dickinson, on his side, the magic started and ended sooner than they expected. They finished laying down nine tracks when they got a call from Mike’s label with some bad news: shut it down. It was a sucker punch, a stick in the eye, and a middle finger all at once, and ultimately, the record that Mike and Dickinson had envisioned was derailed and exiled for nearly two decades.

On August 27, 2021, that labor of love will see the light of day: Burning The Bigtop Down.

Mike Younger’s journey to retrieve his work was filled with lawyers, broken contracts, and stubborn determination. Tracked at Sounds Unreel in Memphis in 2001 and completed at 10-4 Studios in Nashville in 2021, the final product seamlessly retains its “lightning-in-a-bottle” essence. After Jim died in 2009 and Levon in 2012, Mike’s hopes that the record would ever be recovered began to fade. In 2015, when Sounds Unreel studio owner Jack Holder also passed away, it was announced that the studio would be closing – and the reels of analog tape with nine recorded songs could be lost forever. As a last-ditch effort to get the tapes back, Mike tracked down Dawn Hopkins, who had worked at Sounds Unreel. Hopkins recalled the 2001 sessions and knew where the tapes were. In 2017, she transferred them into Mike’s possession, and the process of completing the work began. With the help of Dave Pomeroy, president of Musicians Local 257, terms were negotiated with all parties, and the remaining financial balances were settled.

“Great Job! I know Dad is relieved that all is right!” – Luther Dickinson, North Mississippi Allstars

“So glad Levon is a part of it and you two got to work together!” – Sandy Helm

Burning The Bigtop Down is an opus from beginning to end. The album is filled with notable players such as Bob Britt (Bob Dylan), Regina McCrary (The McCrary Sisters), David Hood (Muscle Shoals Rhythm Section), Spooner Oldham (legendary sessions player – piano and organ), and Luther and Cody Dickinson of The North Mississippi Allstars. They all lend their signature sounds to make this an incredible album, bringing to mind a classic Jackson Brown, JD Souther, Leon Russell, Kris Kristofferson kind of album – one that will stand the test of time.

Songs on Burning The Bigtop Down are simultaneously mysterious and lucid. The album title is drawn from the 1944 Hartford Circus tent fire tragedy that Mike regards as a metaphor for recent social upheaval. The opening track, “Together”, carries an optimistic message of hope that resonates as much today as when it was first penned in 1999. It was premiered back in 2000 at The Kennedy Center in Washington, DC, for a concert performance with a high school choir on behalf of the National Alliance to End Homelessness. “Laying Low” begs its listener to stay strong and “woke” despite the seemingly endless challenges our society faces. Another of the album’s highlights, “Lord Of The Fleas,” had its lyrics rewritten in 2018 and deals directly with the subjects of corruption and insurrection as our nation’s struggles spill out onto the world stage. “Ragtime Angel” captures the light-hearted, carefree nature of the roving musician in the pre-9/11 world. “Killing Time” is a reminiscence of an old friend, long ago lost in the street life of Younger’s early years. A collage of characters and faces from the New Orleans French Quarter come to life in “Devil’s On The Rise.” And the album closes with Desdemona” (titled after Othello’s ever-faithful wife), a song about escape and surrender to the need for tenderness in times of trouble.

Burning The Bigtop Down is a statement of both collective and personal triumph of the soul and mind, against all odds, over a long journey through the darkness to the light of affirmation on the other side.

There are three parts to this story: the album’s creation, the loss of the album, and the recovery and completion of the album.  From Woodstock to Memphis to Nashville, the entire line-up of musicians that tracked this record in 2001 and helped to finish it almost 20 years later is a testament to the living, breathing chain of a musical tradition that is rock and roll.

Musicians on the Memphis Sessions – Produced by Jim Dickinson:

Musicians on the Nashville Sessions – Produced by Chad Brown:

There are no reviews yet. 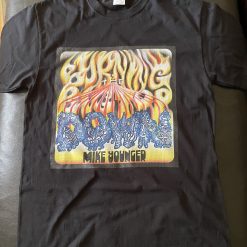 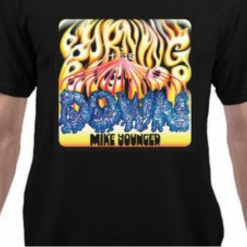 Burning the Bigtop Down – Color T-Shirt 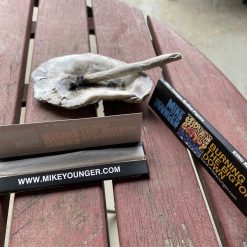 Burning the Bigtop Down – Rolling Papers 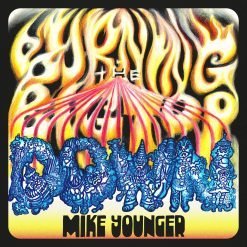 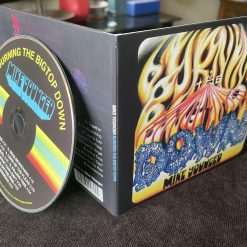 Burning the Bigtop Down – CD 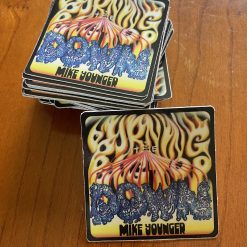 Burning the Bigtop Down – Sticker 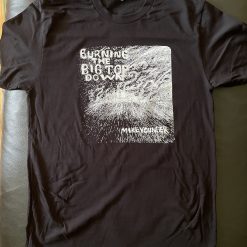 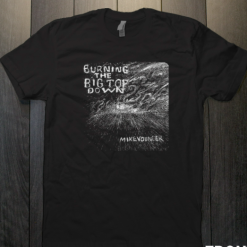 Burning the Bigtop Down – B&W T-Shirt