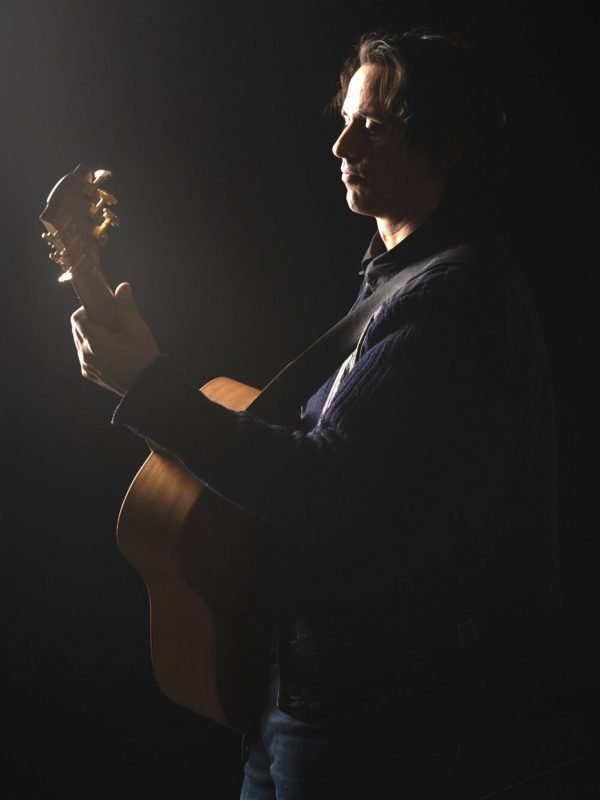 Born in Halifax, Nova Scotia, Mike Younger left home at the age of 17 and cut his teeth as a fledgling street performer in Toronto and Vancouver. At the age of 20, he headed to New York City to seek out the 60’s folk renaissance remnants. It was years later, while performing live on WWOZ in New Orleans, that he caught his first break with a music publisher who heard the broadcast. Soon after, Mike traveled to Nashville to record demos, and his recordings reached the ear of Rodney Crowell. When Mike signed his first record deal, Crowell stepped in as producer, and together they turned out Somethin’ In The Air in 1999.

In 2001, Jim Dickinson started producing Mike’s second album, which never saw the light of day, as the record label collapsed before the record was completed. The original Memphis sessions featured rock legends Levon Helm on drums, Spooner Oldham on keyboard and organ, David Hood on bass, Jim Dickinson on piano, and his son Luther Dickinson on electric guitar. The tapes from that session fell into legal limbo and were lost for almost two decades. Now recovered, Burning The Bigtop Down was released August 27th 2021.

After the loss of the Memphis sessions and his record deal, Mike left Tennessee, returning to New York City to assemble a band and subsequently release 2005’s Every Stone You Throw, his first independent effort, which carried some of the songs from the lost record. From 2003-2007, he worked the NYC club scene with his band and as a solo performer.  In 2007, he returned to Nashville and began laying the groundwork for 2009’s Hustled By Squares, followed by U.S. touring in the midwest, mid-Atlantic, mid-South, and northeast regions, where his radio supporters and fans encouraged him to keep the hope alive…

During the next few years, he developed a friendship with neighbor and guitar legend Bob Britt (Leon Russell, Delbert McClinton, John Fogerty, Bob Dylan). Bob would end up producing 2016’s Little Folks Like You And Me. Mike jumped back into regional touring to promote his work and to support various environmental causes, including the NODAPL standoff at Standing Rock, the Flint Water Crisis, and his own community, all of which were facing environmental degradation by irresponsible corporate actors and their enablers in public office. Little Folks Like You And Me featured the song “Poisoned Rivers“ which became a rallying cry for local community resistance to unwanted fossil fuel development in Middle Tennessee. The community’s position was strengthened by the 2015 Field Study Of Gas Pipeline Safety In Tennessee, which included Mike’s extensive photo-documentation of corroded and poorly maintained interstate gas pipeline infrastructure and haphazard operating conditions across Tennessee.

In 2017, Mike was able to reclaim the recordings he made in Memphis in 2001 and began the long process of completing the production of Burning The Bigtop Down and cleaning up unresolved issues surrounding the record.

Having developed exceptional skills as a mechanic over the years, Mike was able to spend significant time during the pandemic restoring and building out a school bus conversion to run on recycled fryer oil in preparation for future touring.

With the August 2021 release of Burning The Bigtop Down , Mike Younger’s long journey to recover his lost work has come full circle.

Somethin’ In The Air , Beyond Music 2000, produced by Rodney Crowell

Every Stone You Throw, Nashanoke Music 2005 produced by Rob Clark

Little Folks Like You And Me, Divinerum Music 2016 produced by Bob Britt

Burning The Bigtop Down, 2021 produced by Jim Dickinson and Chad Brown