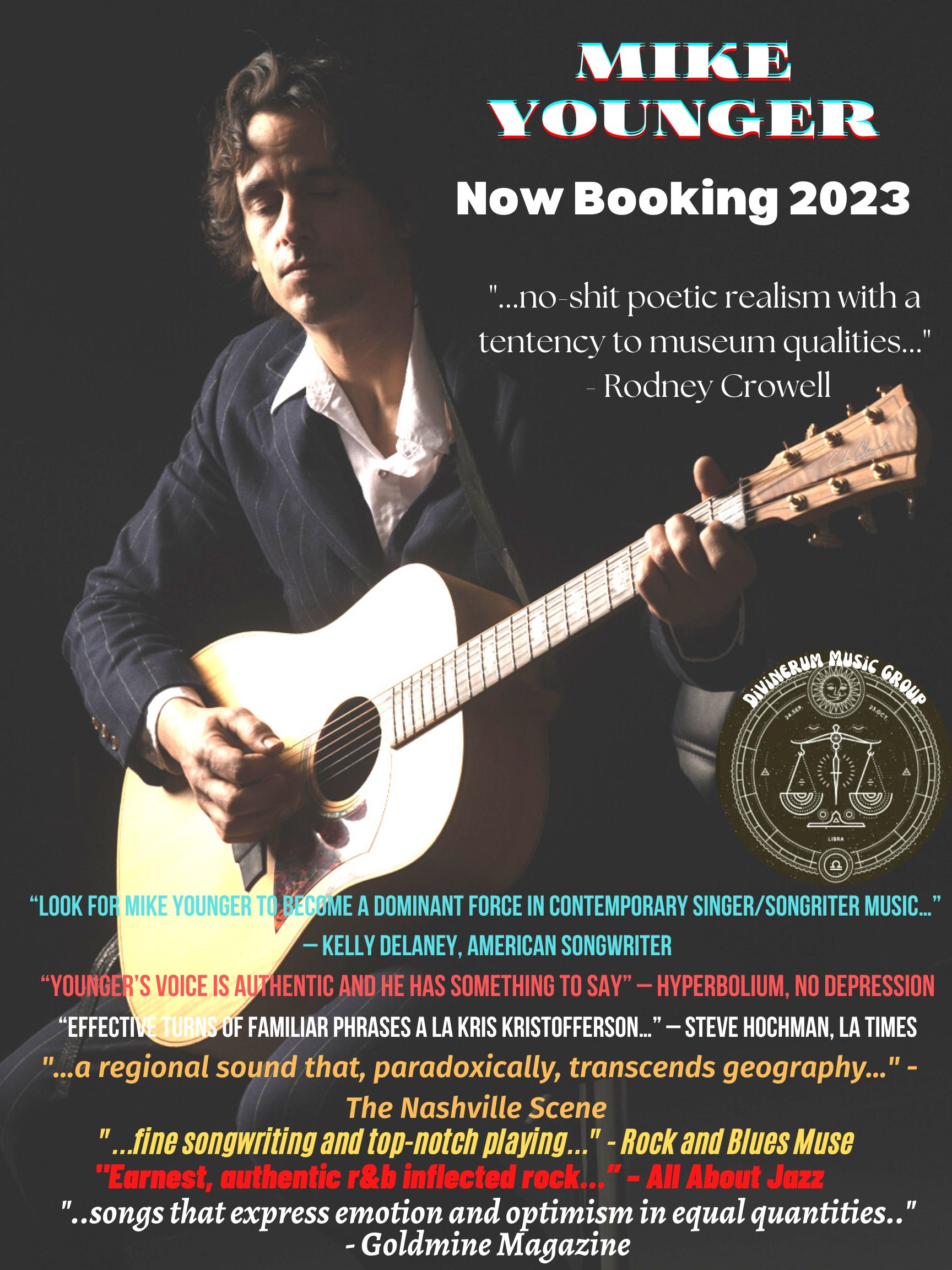 Welcome. We know your time is valuable. Below you will find access to:

Communicate directly with the Mike Younger Touring & Logistics team for a rapid response on pricing, terms of service, availability, scale and options.

click here to Inquire about rates for venues, festivals and house concerts 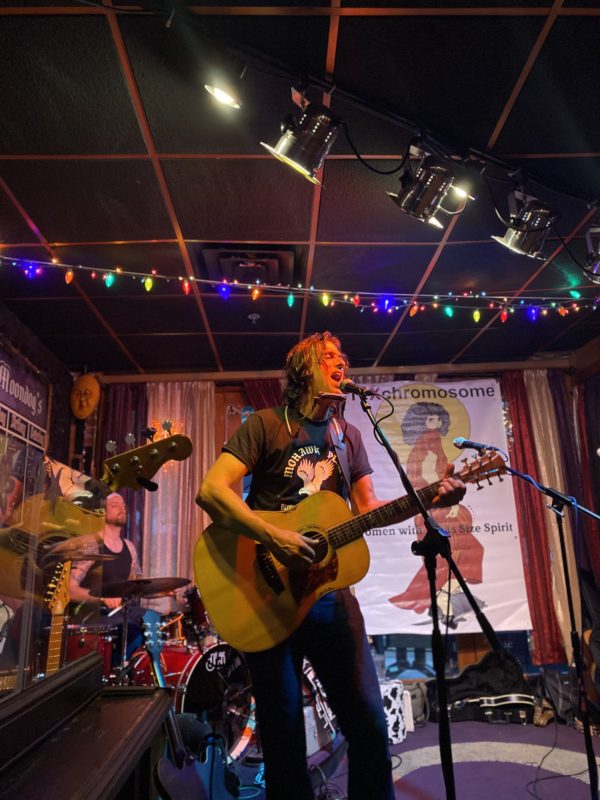 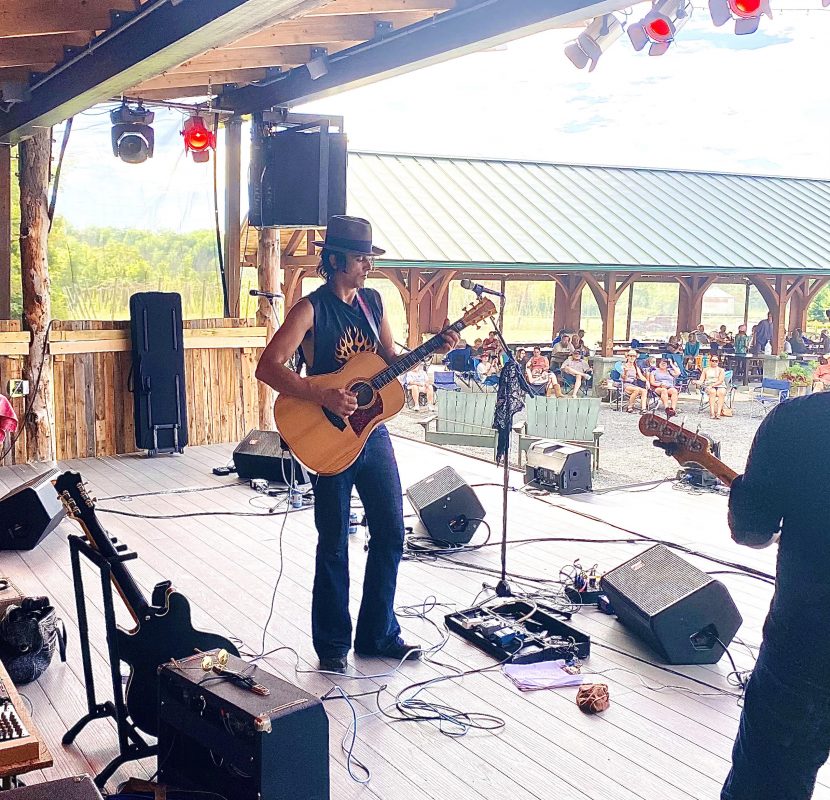 Mike Younger’s music draws from a diversity of genres and traditions ranging from the socially conscious topical folk troubadours of the depression era to the bluesmen of the Mississippi Delta and the rocknroll provocateurs of the 60s & 70s.
His newest album Burning The Bigtop Down (featuring Levon Helm and members of the Muscle Shoals Rhythm Section) has been recognized among the best of 2021 by Clave De Rock (Spain), Round And Sound Radio (Netherlands) and among the most played of 2021 by WMOT Nashville. 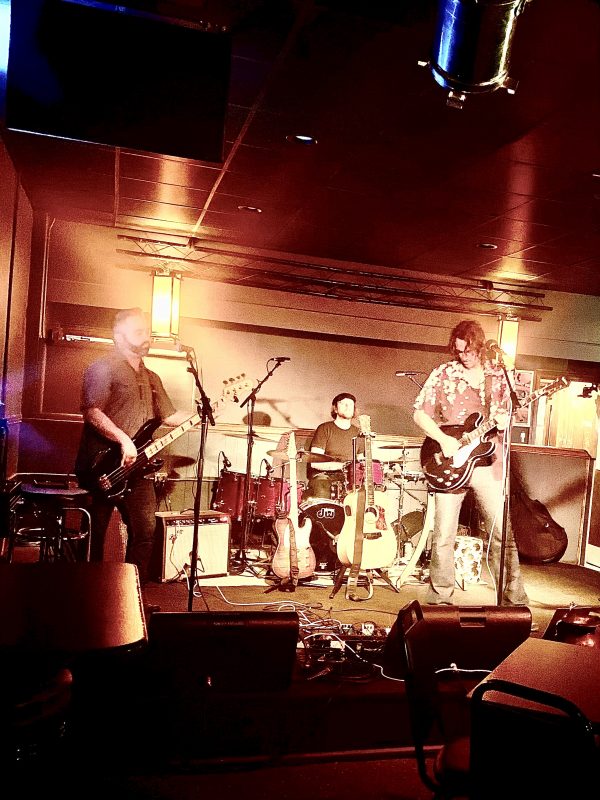 His work has been featured and reviewed by such notable publications as: No Depression, LA Times, Glide Magazine, The Nashville Scene, The East Nashvillian, Jazz Weekly, Indie Spotlight, Liverpool Sound & Vision, Midwest Record Entertainment, Americana Highways, New Noise Magazine, All About Jazz, Red Dirt Report, Elmore Magazine, NYS Music, Hollywood Soapbox, Adobe And Tears, The Alternate Root, Country Jukebox, The Chronicle Herald, Lonesome Highway, Keys And Chords, Music Morsels, Rootstime, and many others.
His songs Together and Poisoned Rivers have placed in the International Songwriters Contest and in The John Lennon Songwriting Contest. The lyrics of his song Together have been included in the John Denver Peace Cloth.
Mike has co-billed with such notables as : Keller Williams, Umphries McGee, Nanci Griffith, BR549, Asleep At The Wheel, Lucy Kaplansky, Rodrigo y Gabriela, Kenny Wayne Shephard, Kansas, Patterson Hood, Mike Farris, Jenn Christie and many others.

Mr Younger has had the honor of performing on some very coveted stages including:

STREAM  Burning The Bigtop Down (2021),  or  Little Folks Like You And Me (2017) BY CLICKING ON EITHER OF THE GRAPHICS BELOW 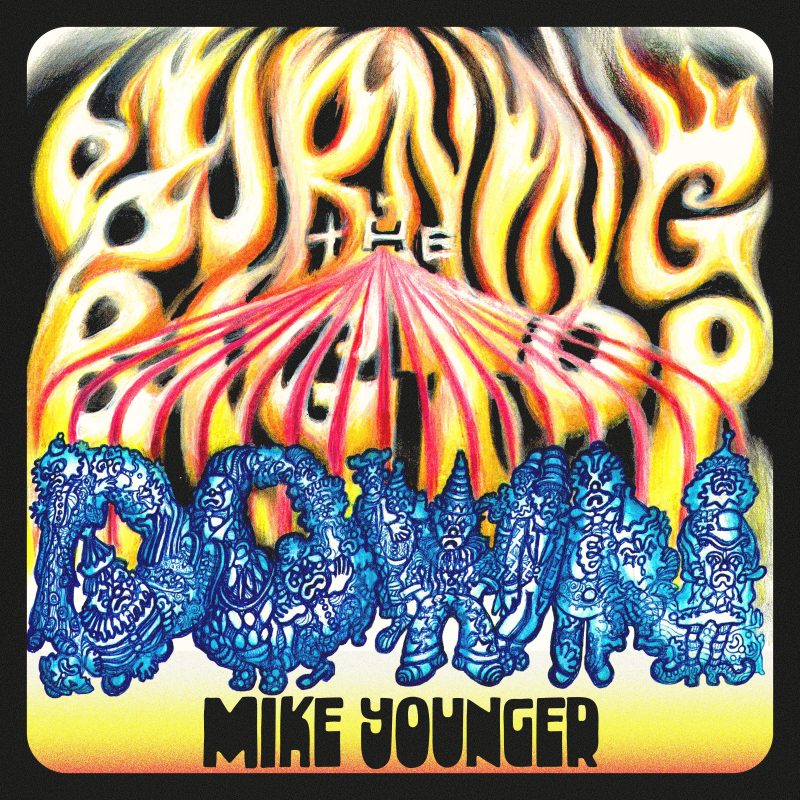 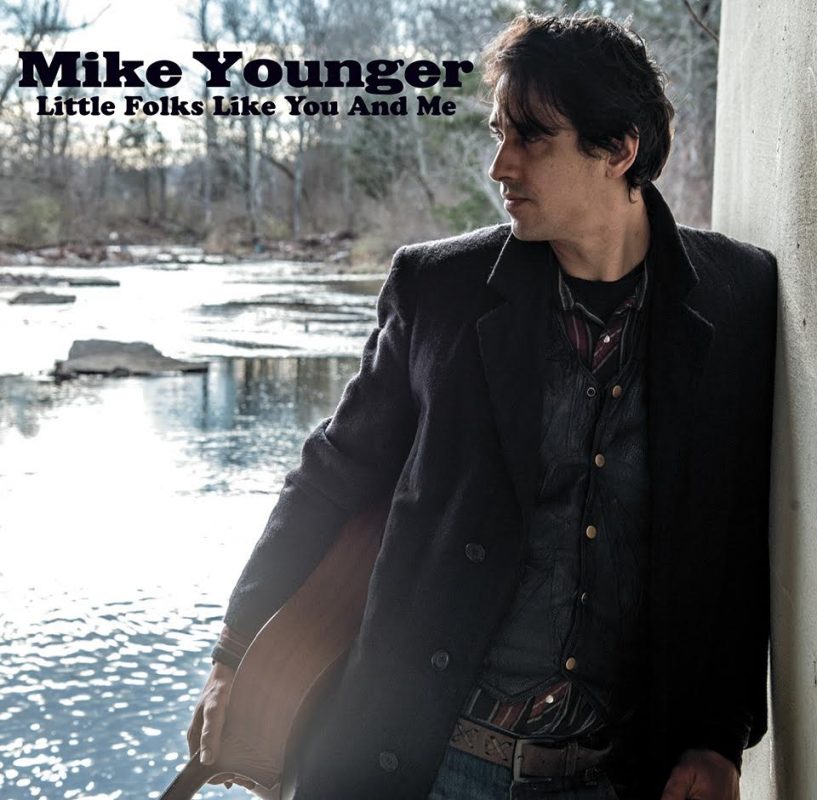 Persistence pays off. Singer-songwriter Mike Younger began this project now titled, Burning the Bigtop Down, in January of 2001, over 20 years ago. The original tracks, the same nine Younger originals represented herein, were recorded alongside the departed icons Levon Helm and Jim Dickinson. For reasons which remain inexplicable to [...]

VISIT THE PRESS PAGE FOR MORE 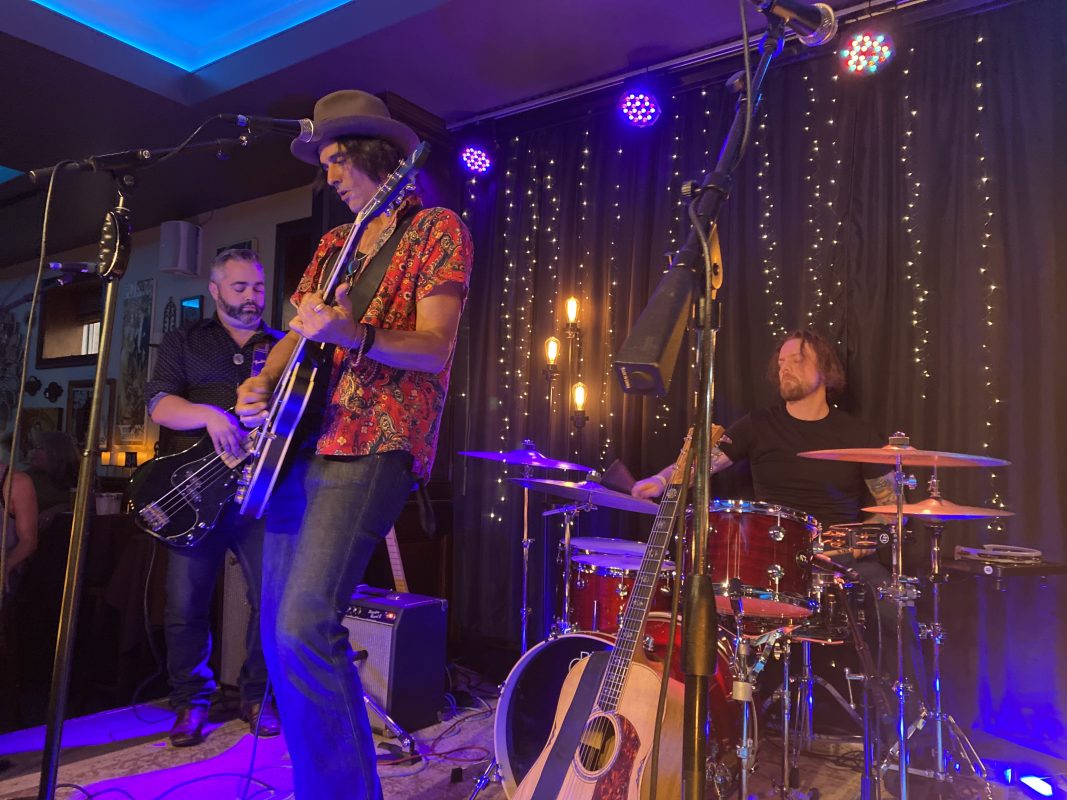 “Taken in tandem, Burning The Bigtop Down adds up to one searing set of songs” –Lee Zimmerman, Indie Spotlight 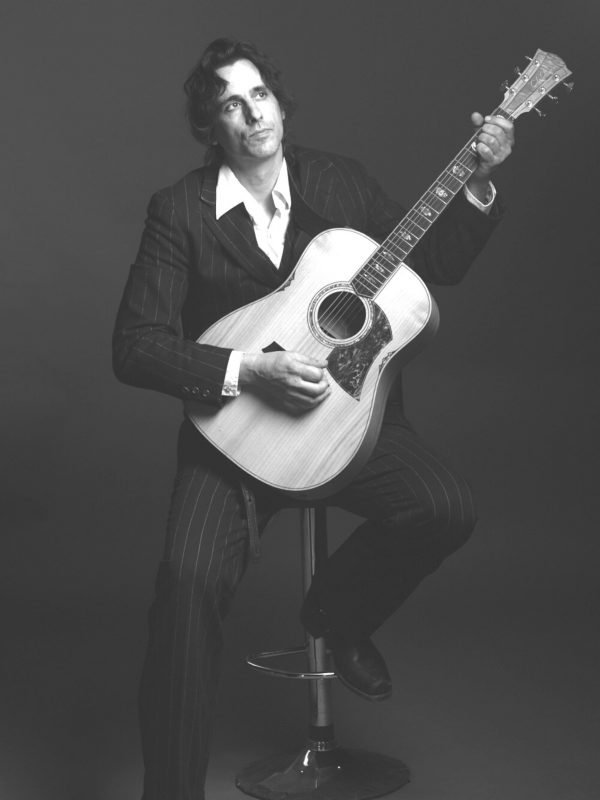 Thanks and deepest gratitude to all the superb stations and programmers that have given Mike Younger’s Burning The Bigtop Down a little love and airplay!!! Special thanks to these reporting stations:

Please let me know if your station needs to be added to this list – and know that I appreciate deeply all the support!! 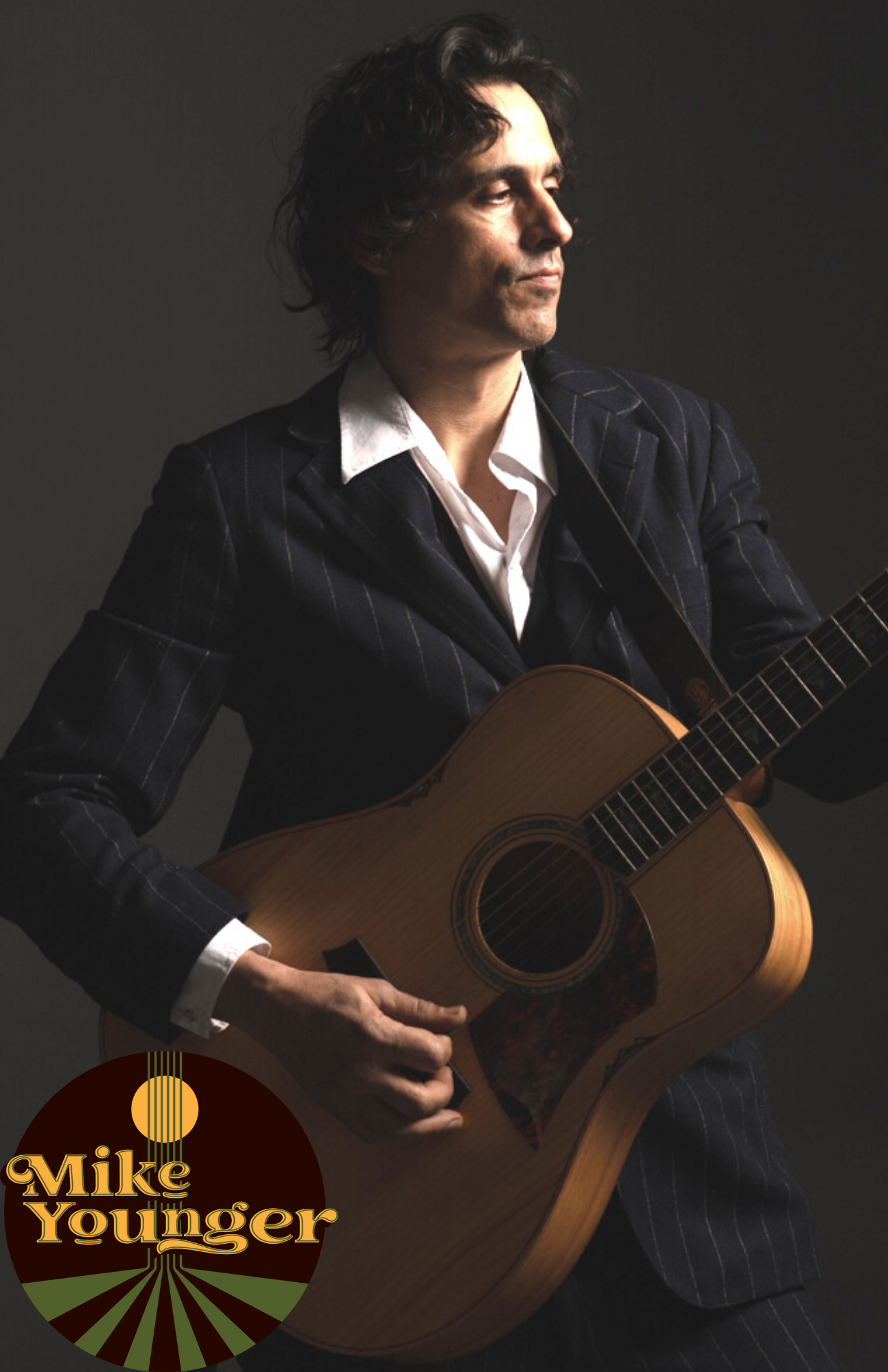 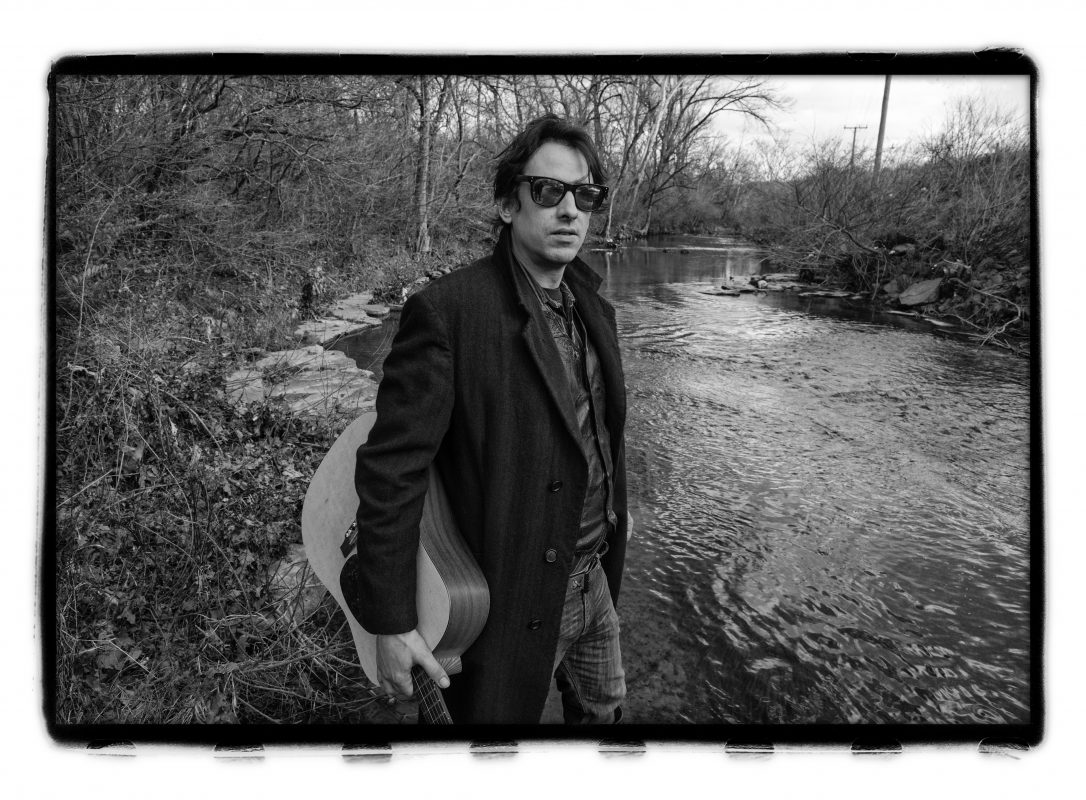 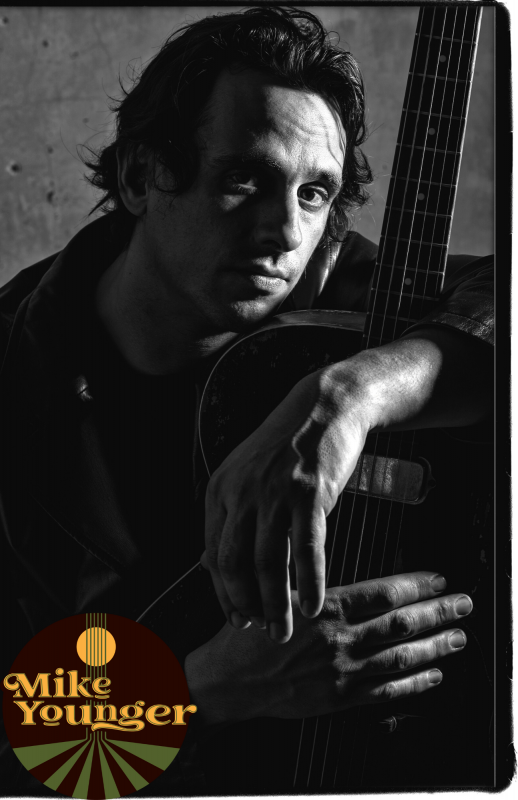