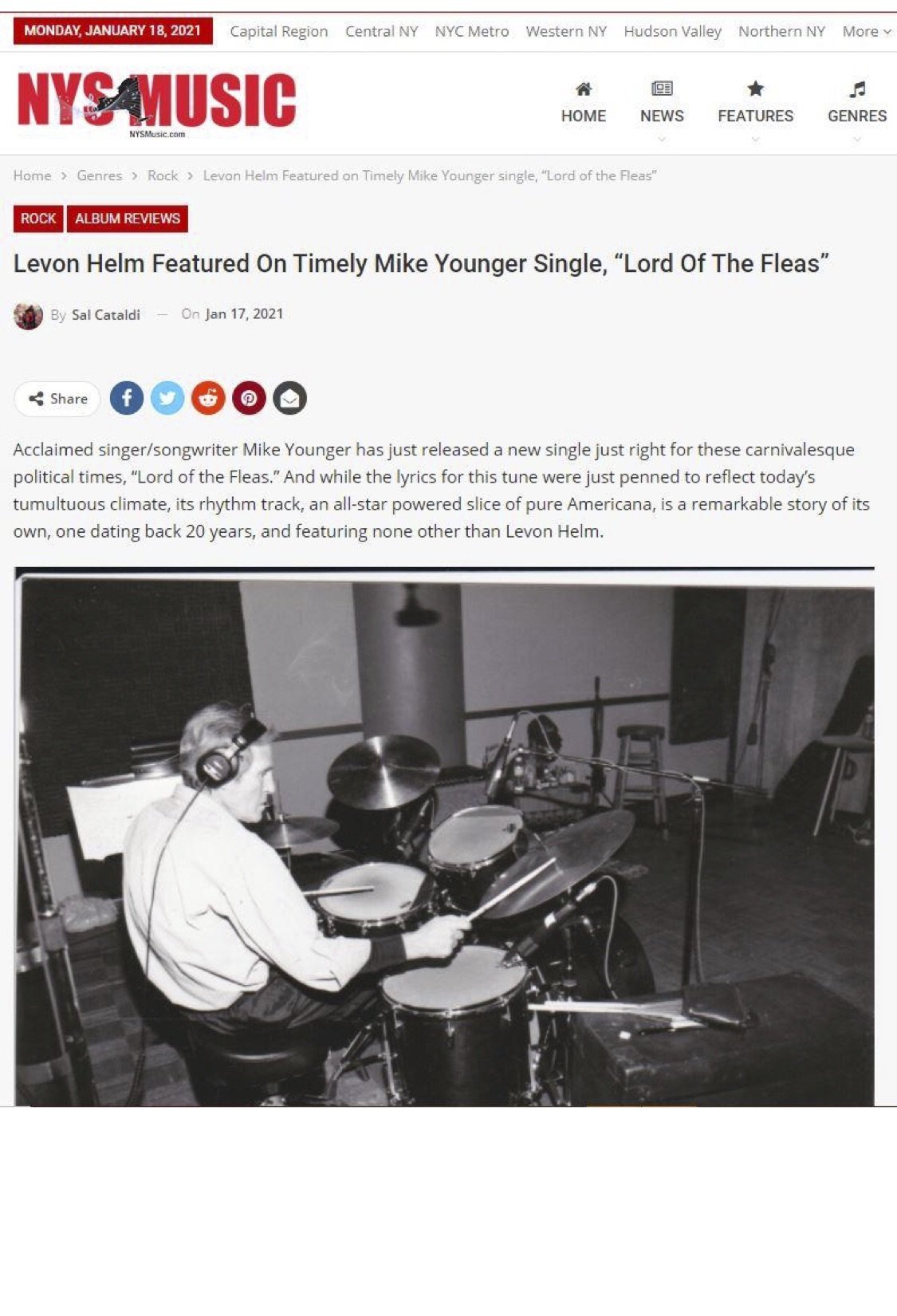 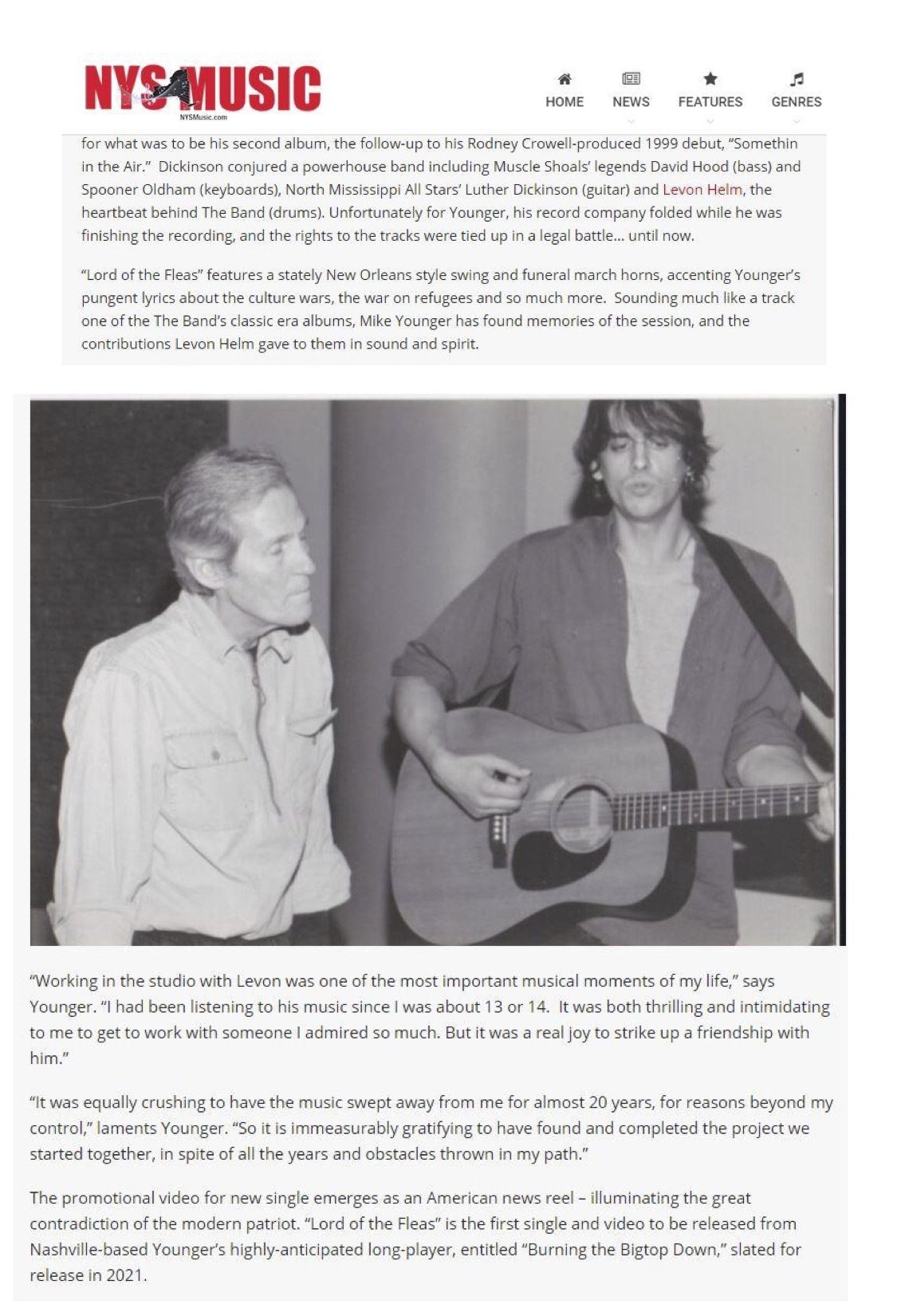 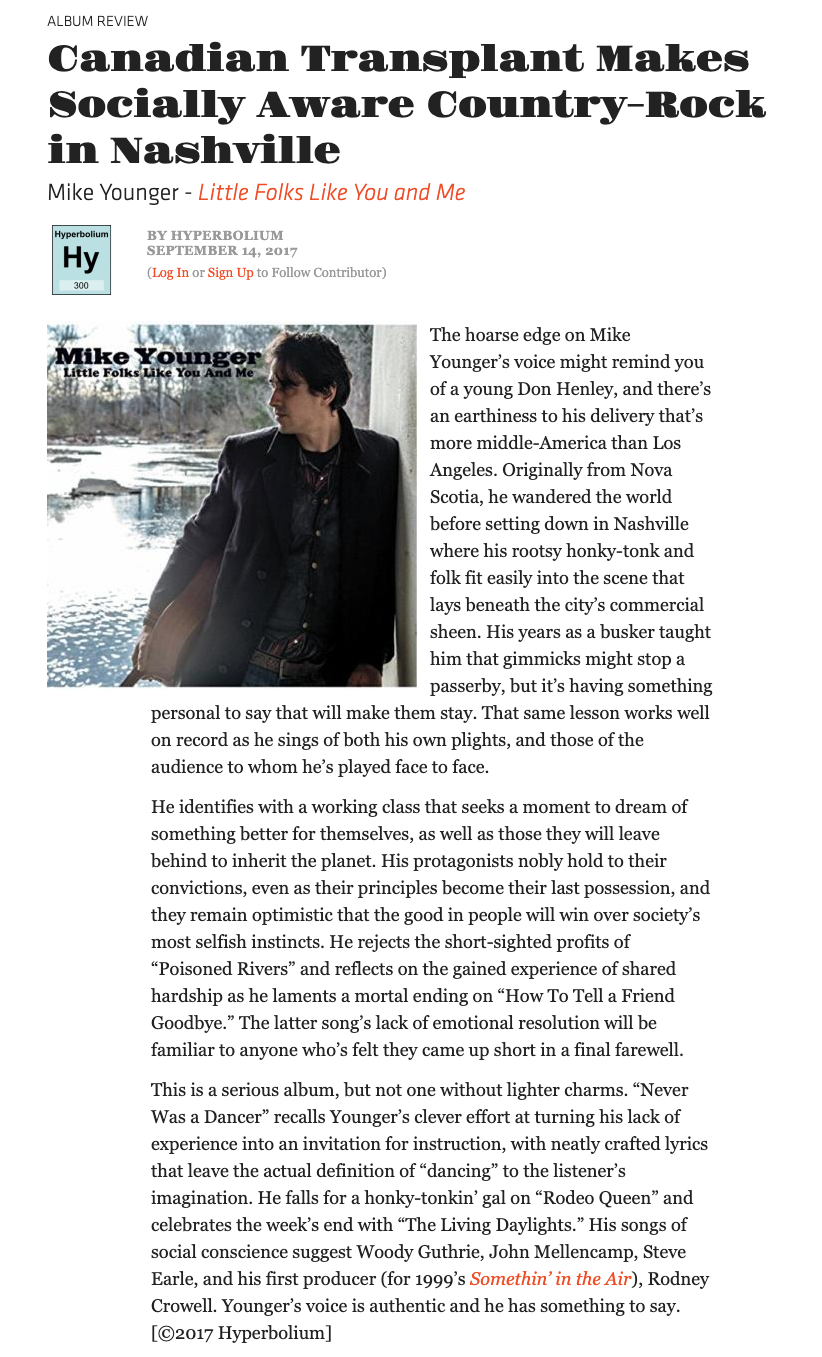 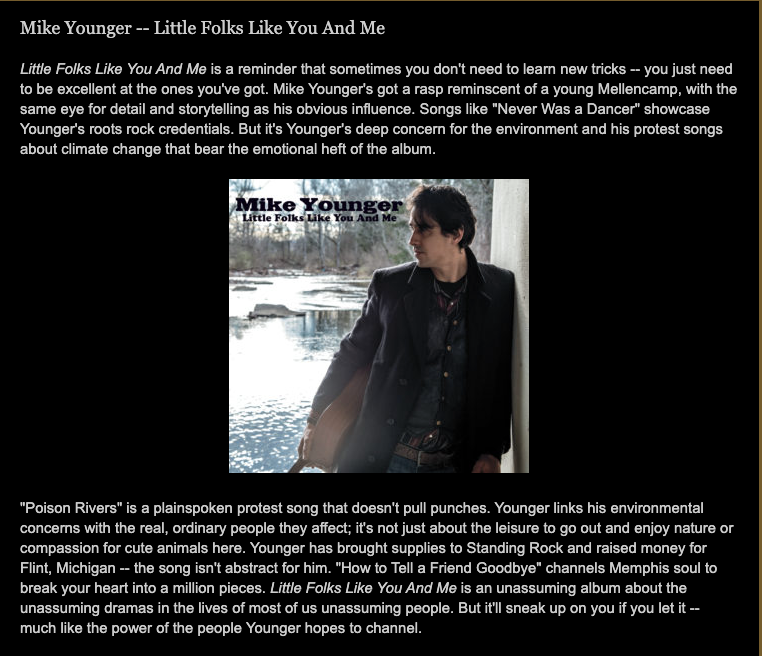 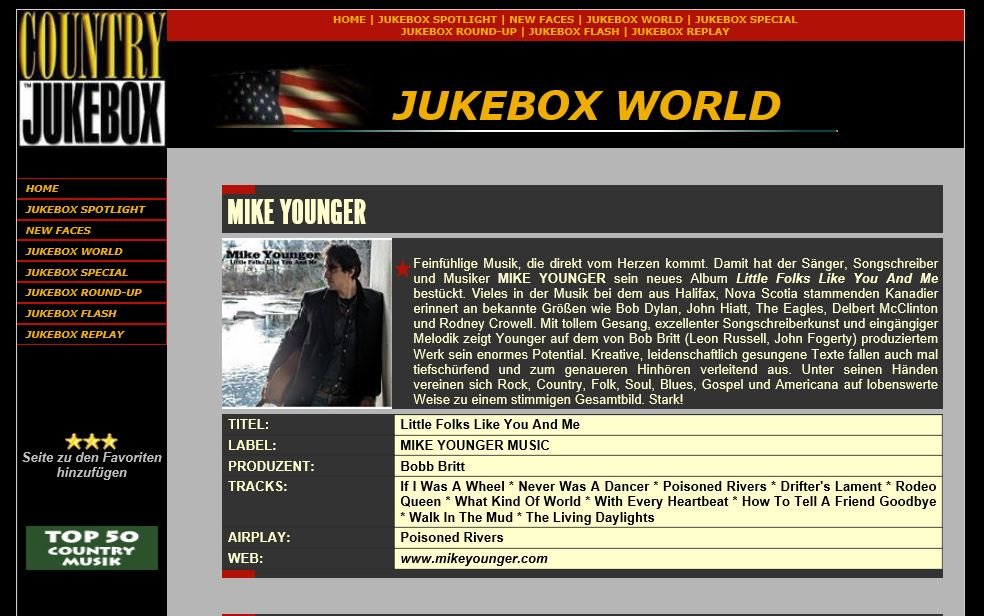 Sensitive music that comes directly from the heart. This is how the singer, songwriter and musician MIKE YOUNGER has populated his new album Little Folks Like You And Me. Much of the music from the Canadian-born Halifax, Nova Scotia recalls famous figures such as Bob Dylan, John Hiatt, The Eagles, Delbert McClinton and Rodney Crowell. With great singing, excellent songwriter art and catchy melody, Younger shows on the Bob Britt (Leon Russell, John Fogerty) produced work enormous potential. Creative, passionately sung lyrics are sometimes also profoundly intermittent and provocative for closer listening. Under his hands rock, country, folk, soul, blues, gospel and Americana unite in a praiseworthy way to a coherent overall picture. Strong!

To read The East Nashvillian‘s July/August 2017 featured article on Mike Younger and his release “Little Folks Like You And Me”, 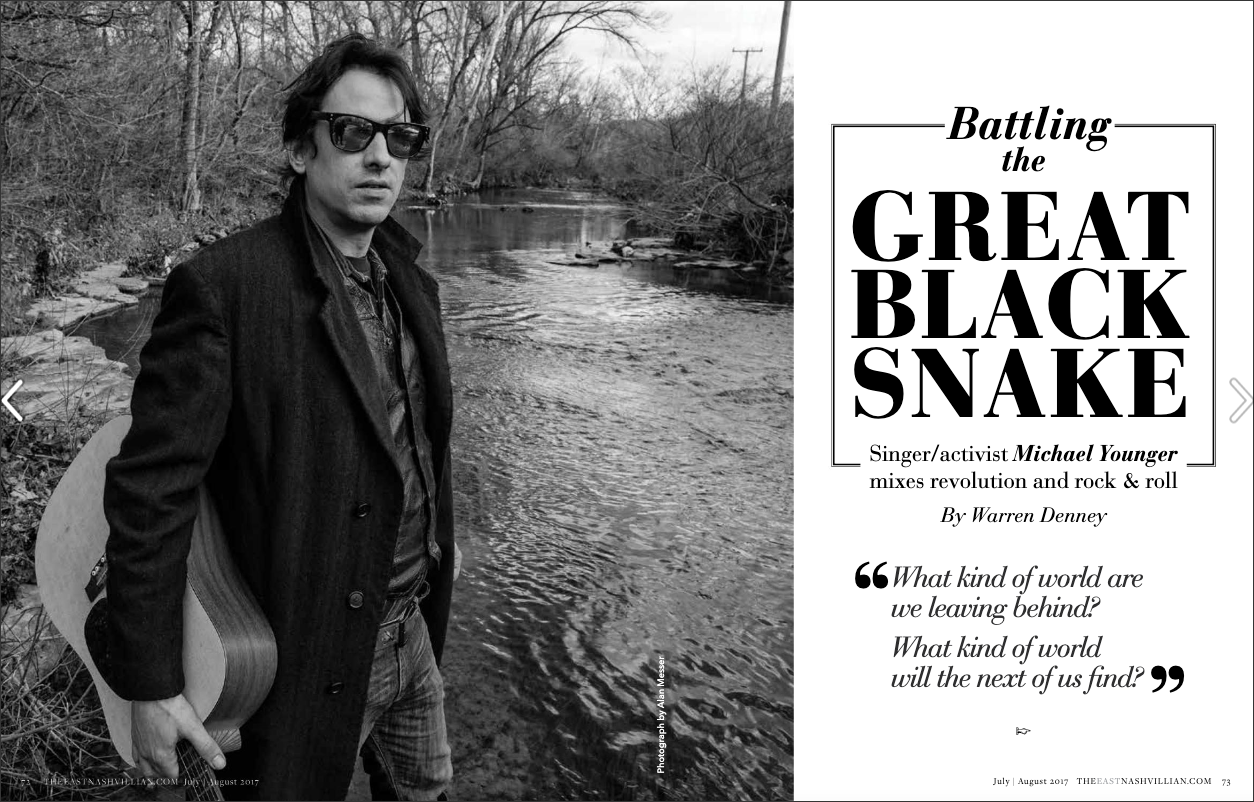 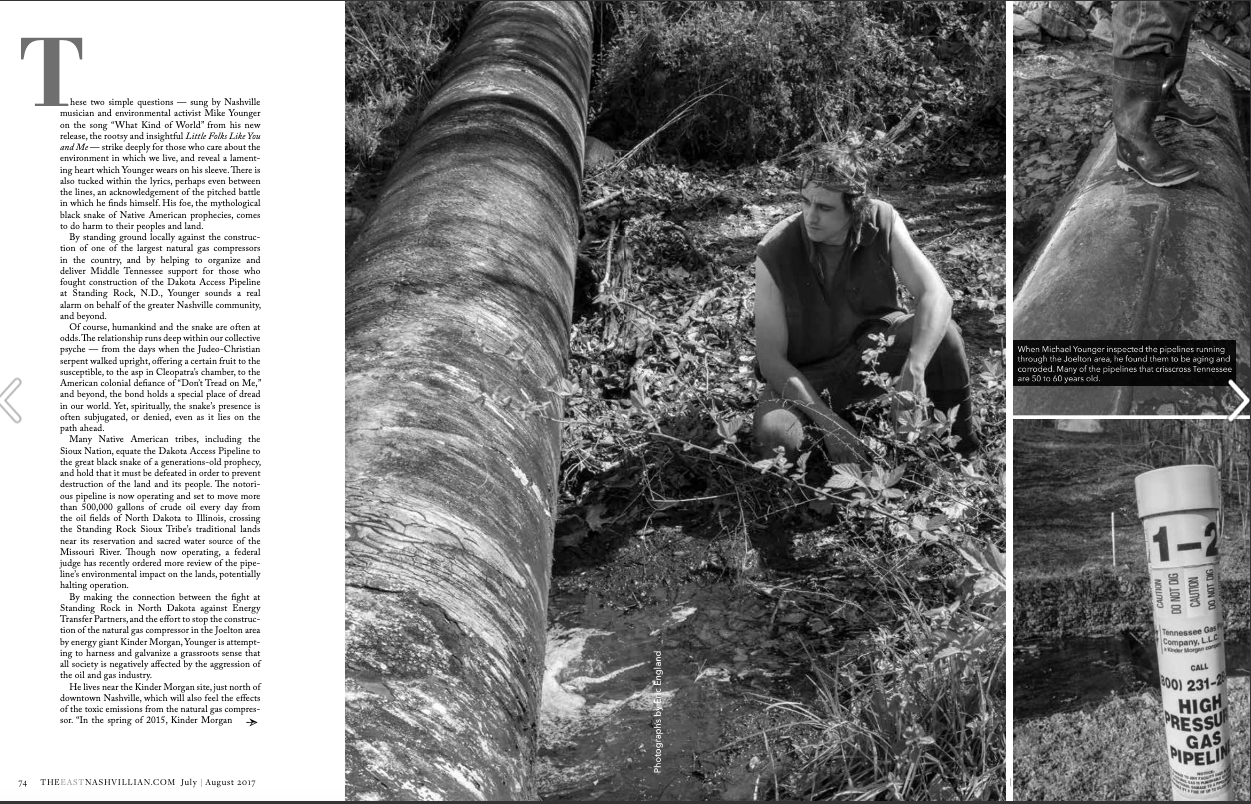 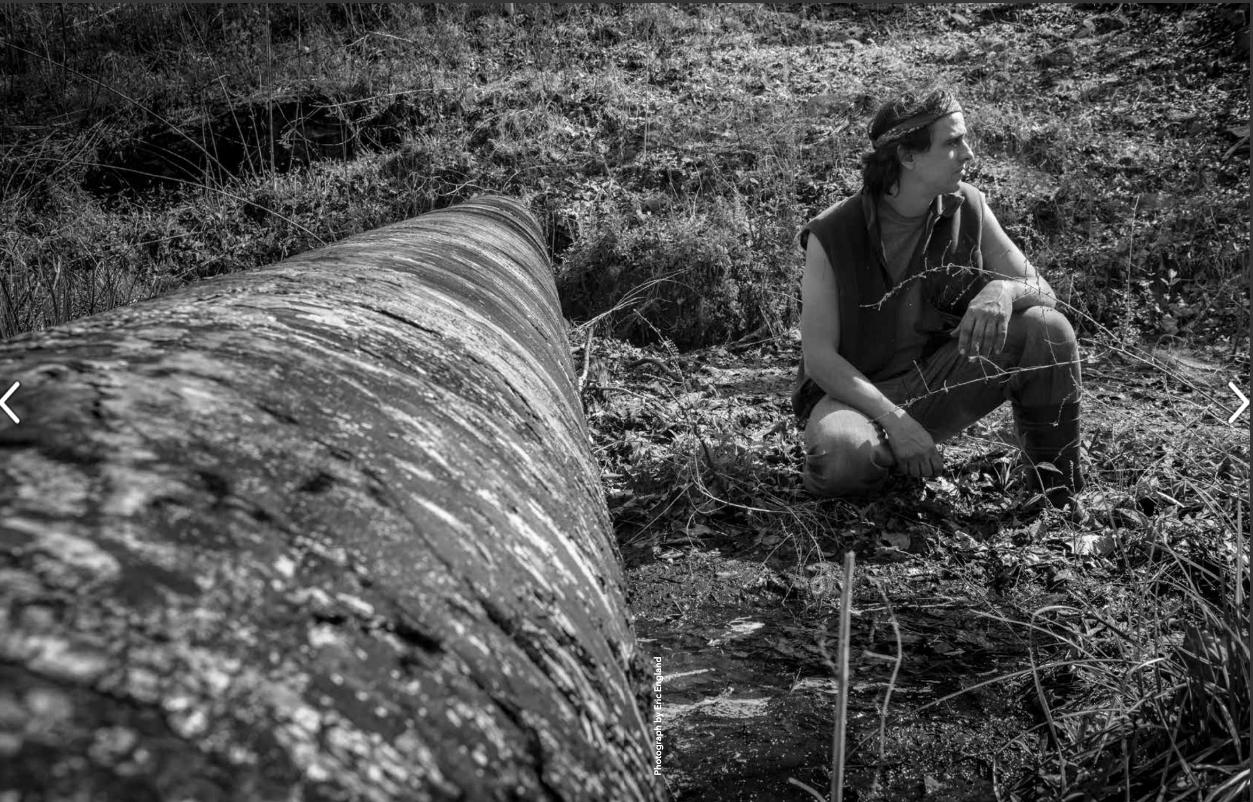 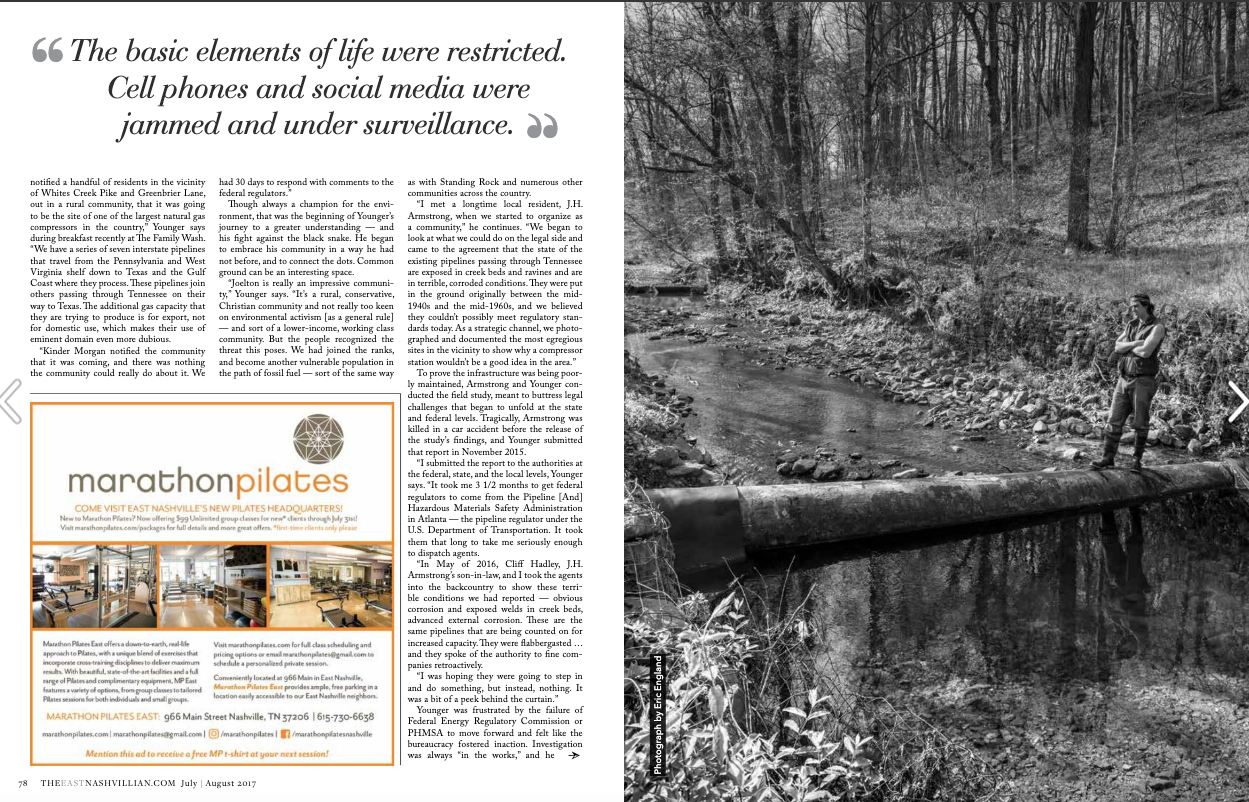 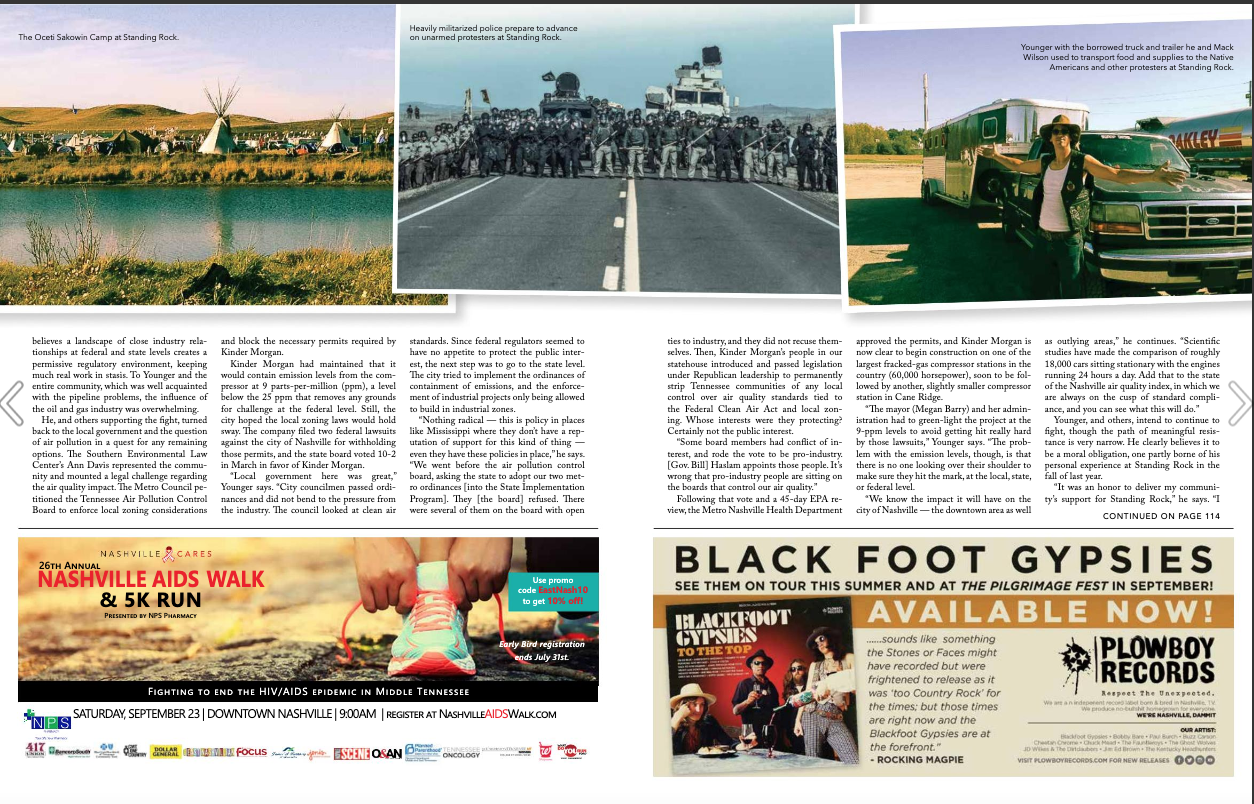 Read the rest of the east nashvillian article here!

Thanks to the folks at LAMusic Critic.com for the following: 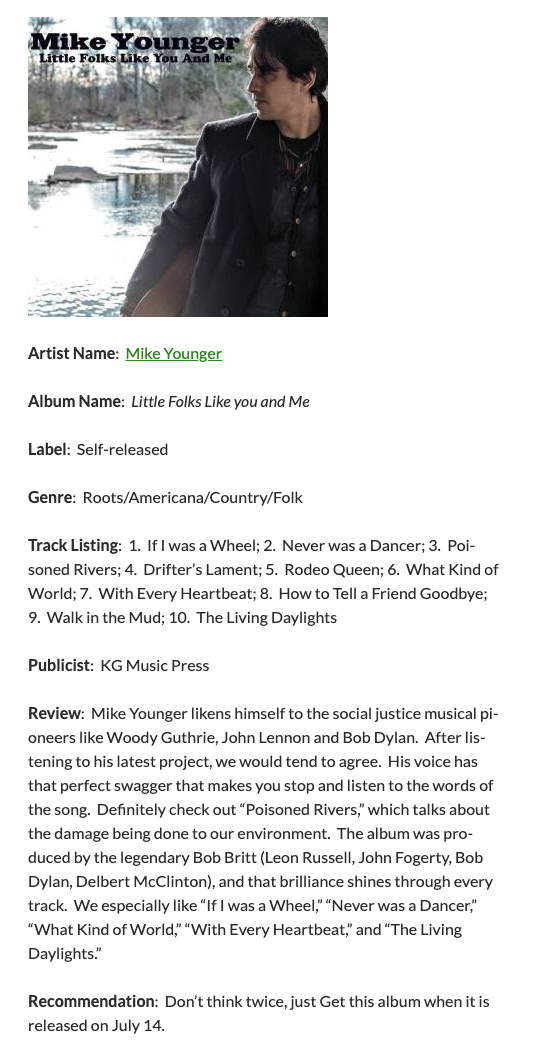 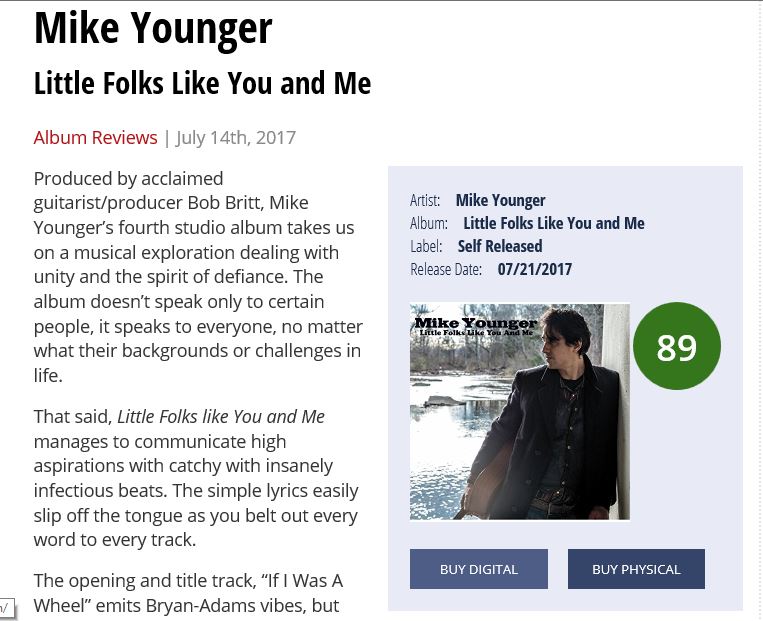 Thanks to the folks at Ctrl.Alt-Country E-Zine of Belgium for the following:

MIKE YOUNGER “Little People Like You And Me” (Mike Younger)

With “Little Folks Like You And Me”, Mike Younger again delivers a very nice steel card of his ability. Under the wings of producer Bob Britt, this time in Nashville, he made a record that, in our opinion, we should be able to throw high eyes especially with fans of the stuff like Delbert McClinton, John Hiatt and Rodney Crowell. Where folk , country , blues , R & B and soul join each other lovingly, there is also the Canadian at home. And that also brings a lot more to his new album.

Whether it’s about the seventies referring roots rock of opening number “If I Was A Wheel”, to be the truly injurious R & B jump-in-field “Never Was A Dancer”, to The mile-conscious blues & roots of “Poisoned Rivers”, to remind a very little of JJ Cale and on his own life on the road- looking “Drifter’s Lament”, to the fierce landing “Rodeo Queen”, to make it a sort of Wake up call for his current generation of fellow songwriter “What Kind Of World”, to keep the rootsy rocky “With Every Heartbeat”, to the soulful slow “How To Tell A Friend Goodbye” to make it a little more potent Don Henley in Reminder calling “Walk In The Mud” or the sumptuous and sumptuous “The Living Daylights”, this really boils from the very first to the last second. And that’s a total of seven and forty minutes long.

Therefore, we should not think about this too long: we recommend this disc to you! Take advantage of this, we would say so!

Thanks to the folks at Lonesome Highway for the following review:

Thanks to Keys And Chords for the following:

Thanks to the people at Music Morsels for the following review: 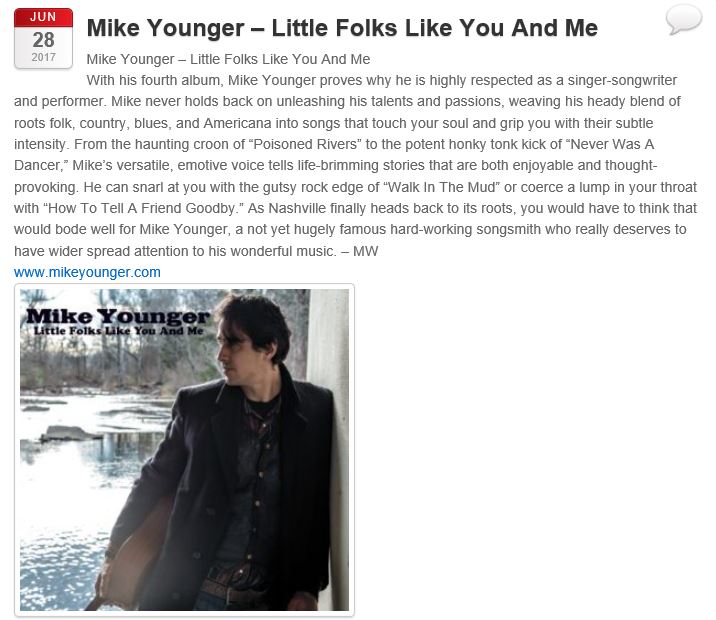 Thanks to  the Belgian Magazine Rootstime for the following: 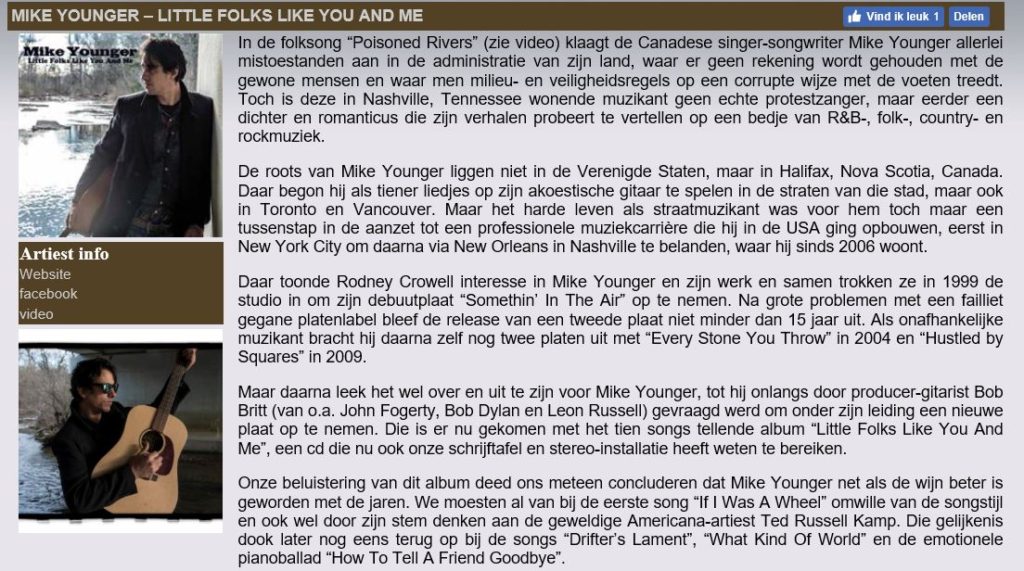 In the folk song “Poisoned Rivers” (see video), the Canadian singer-songwriter Mike Younger complains about all kinds of mistakes in his country’s administration, which does not take into account ordinary people and where environmental and safety rules are corrupt With the feet. Still, this Nashville-based musician is not a true protest singer, but rather a poet and romanticist who tries to tell his stories on a bed of R & B, folk, country and rock music.

The roots of Mike Younger are not in the United States but in Halifax, Nova Scotia, Canada. There he began to play songs on his acoustic guitar in the streets of that city, but also in Toronto and Vancouver. But his hard life as a street musician was just a step in the middle of a professional music career that he built in the USA, first in New York City, then to New Orleans in Nashville, where he lived since 2006.

There, Rodney Crowell showed an interest in Mike Younger and his work, and in 1999, they went to the studio to record his debut album Somethin In The Air. After major problems with a bankrupt label label, the release of a second record was no less than 15 years. As an independent musician, he released two albums with “Every Stone You Throw” in 2004 and “Hustled by Squares” in 2009.

But afterwards, it seemed to be over and over for Mike Younger until recently asked by producer guitarist Bob Britt (including John Fogerty, Bob Dylan and Leon Russell) to take a new record under his leadership. It has now come with the ten-song album “Little Folks Like You And Me”, a CD that has now also reached our writing desk and stereo system.

Our listening to this album immediately concluded that Mike Younger, like the wine, has become better over the years. We had to think of the first song “If I Was A Wheel” for the sake of the song style and also to think of the great Americana artist Ted Russell Kamp. That resemblance came back to the songs “Drifter’s Lament”, “What Kind Of World” and the emotional piano ballad “How To Tell A Friend Goodbye”.

In the swinging “Never Was A Dancer” he looks back at his teenage time when he had to go dancing during the high school proms to impress the girl he had an eye on, but soon had to get out of luck . Perhaps the countryrock number “Rodeo Queen” is about the same great love. Slotsong “The Living Daylights” is a rock song that would not be missed on the playlist at the performance of John Mellencamp. “Little Folks Like You And Me” by Mike Younger is a surprisingly beautiful and entertaining picture of someone we would like to hear more from.

A very sincere thanks to Ian D Hall for this review in Liverpool Sound And Vision: 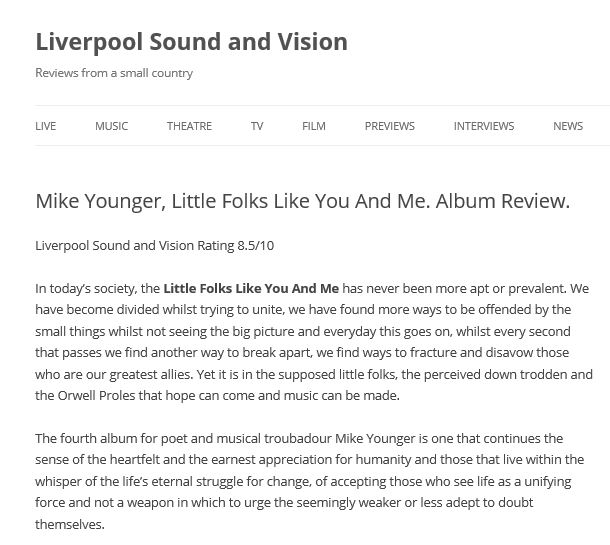 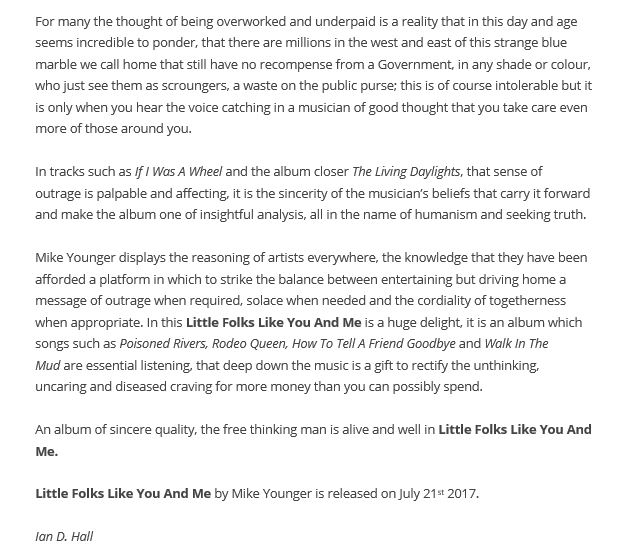 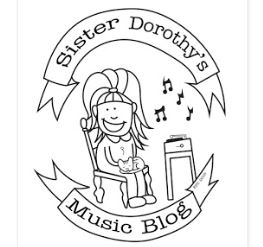 Thanks to Chris Spector of Midwest Record for the following review on May 19th 2017:

Thanks to Greg Victor of parcbench.live for the following review May 16th 2017:

(note to reader: Mike Younger takes with great pride and wears as a badge of honor any disparaging reviews by Trump supporters. It is validation that Mike’s message is coming across in his music)

If there’s anything that recent history has shown, it’s that everyone has an opinion. And there’s never been a shortage of independent musicians using their songs as a platform for whatever causes they espouse. What are often lacking, however, are songs that stand on their own, as good music. The water crisis in Flint, Michigan, sadly, inspired one of the strongest tracks on this album. Younger sings with conviction about the challenge that faced Flint, as well as the environment in general.

The chord progressions here are all satisfying, and the backup vocals swell in all the right places. On the whole, however, Little Folks Like You And Me is a fairly predictable collection. No doubt, this isn’t a problem; people rarely expect more from an artist these days. Is there anything less exciting than a Social Justice artist in 2017? I wonder if Younger will ever sing a song acknowledging the fact that the Environmental Protection Agency awarded $100 million to Flint, at the behest of President Trump?

Greg Victor also added to his review: “I’m just tired of volunteering my time to support the exhausting notmypresident media.” 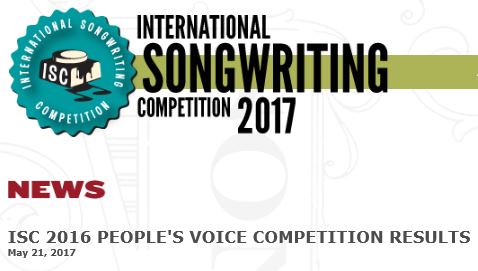 Thanks to the Akademia for the following acknowledgement: 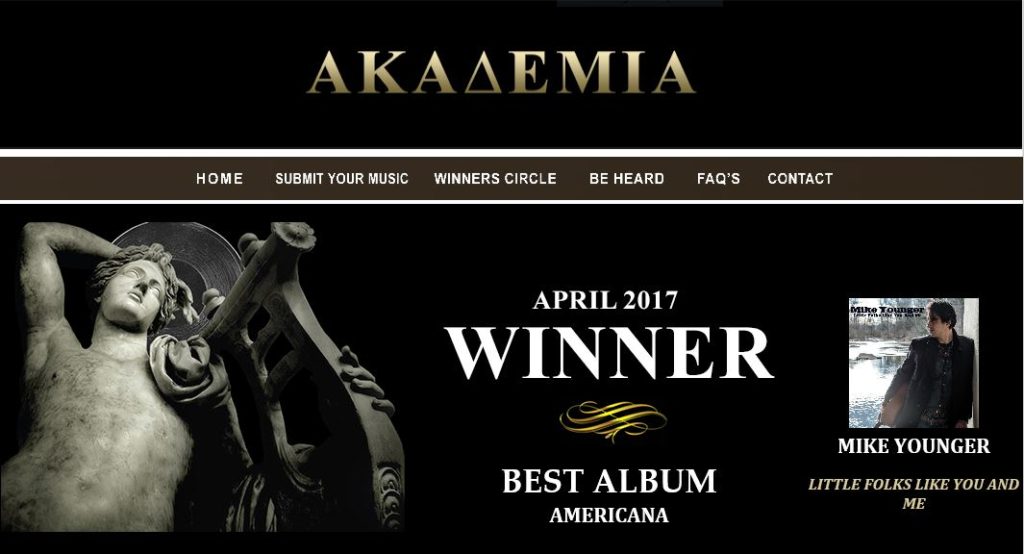 The article below, covering a Middle Tennessee supply caravan to Standing Rock, appeared in The Tennessean on November 4th 2016. 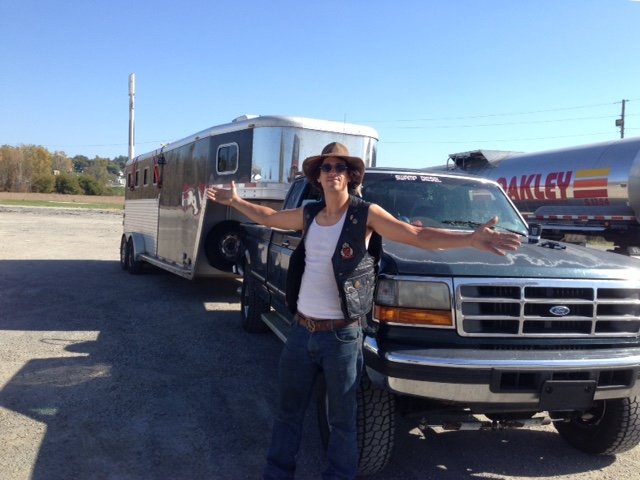 Anti-gas compressor activists in Nashville are lending support to their counterparts in North Dakota.

Concerned Citizens for a Safe Environment, a group opposed to the Kinder Morgan gas compressor in Joelton, and the Native American Indian Association of Tennessee sent a 28-foot trailer full of supplies to the Standing Rock Sioux camp two weeks ago.

“We did it because we are also fighting unwanted pipeline infrastructure,” said Nashville-based singer-songwriter Mike Younger. “And we see their battle as ours and our battle as theirs.”

Younger drove the trailer with Charles “Mac” Wilson, president of the Davidson County Council of Community Clubs, and the two stayed at the the camp for a week and a half.

The hogs went to former Standing Rock chief Ron His Horses Thunder, who promised to use them to feed the most vulnerable at the camp.

“It’s an issue where the private issues of a corporation outweigh our constitutional rights,” he said.

The Standing Rock Sioux, along with hundreds of other tribes and indigenous nations, are protesting the construction of the Dakota Access Pipeline by Texas-based Energy Transfer Partners. The 1,172-mile crude oil pipeline would cross sacred burial sites and pollute the Missouri River, from which the Sioux and millions of others drink should there ever be a leak.

The issue garnered national attention when peaceful protesters, including women and children, were assailed by private security guards and then police with stun guns, pepper spray, sound cannons and clubs.

The construction, less than a mile away from the reservation, is on land that was part of the Standing Rock Sioux Reservation recognized in a treaty nearly 150 years ago but that has since been taken back. The natural gas and propane company recently came under fire from North Dakota regulators for failing to report the discovery of Native American artifacts during construction. 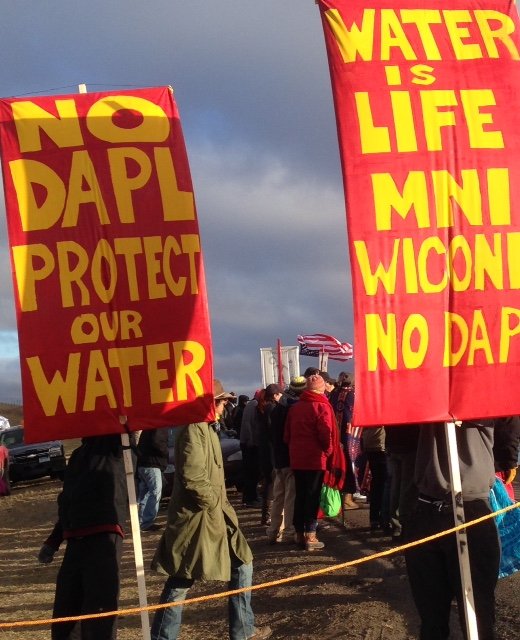 President Barack Obama said Wednesday that the U.S. Army Corps of Engineers is examining whether the project can be rerouted in southern North Dakota to alleviate concerns.

Despite efforts by residents and state and local lawmakers in Middle Tennessee, Kinder Morgan has managed to secure a certificate of approval from the Federal Energy Regulatory Commission to build the Joelton compressor station.

Opponents argue the compressor station will be physically and financially harmful, saying it could expel toxic gases and leak chemicals into local groundwater. Joelton neighbors are fighting FERC’s decision by requesting a rehearing.

“The world is moving away from fossil fuels, but the U.S. has a policy that reflects the stranglehold fossil fuels have on the country,” Younger said of the two clashes.

The federal government has pre-emptive jurisdiction over pipelines that run through multiple states, regardless of whether Nashville is willing to host the compressor in Joelton or the other Columbia Pipeline Group compressor project in Cane Ridge, which is awaiting FERC’s approval.

“What we’re dealing with are vulnerable communities,” Younger said. “Almost on a weekly basis, there’s some pipeline spilling oil in some river. It’s like a drumbeat for our nation now.”

According to the U.S. Environmental Protection Agency, 10 million to 25 million gallons of oil are spilled each year.

Activists will head to a protest outside the Federal Courthouse on Broadway and Eighth Avenue North at 4:15 p.m. Tuesday after attending a Tennessee Department of Energy and Conservation hearing on the Joelton compressor. The demonstration is part of a national action day in solidarity with the Standing Rock Sioux.

“We don’t have another 100 years to dither,” Younger said. “We have to take action.” 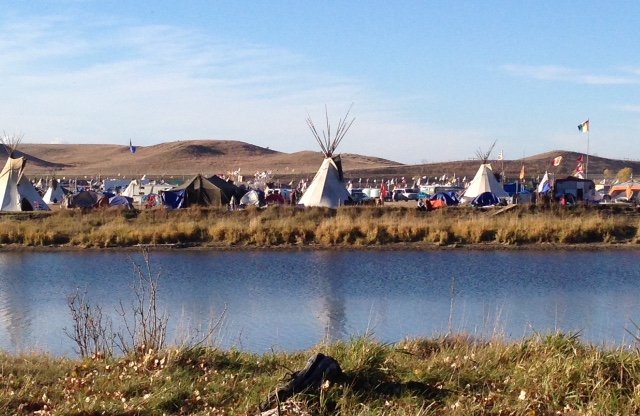 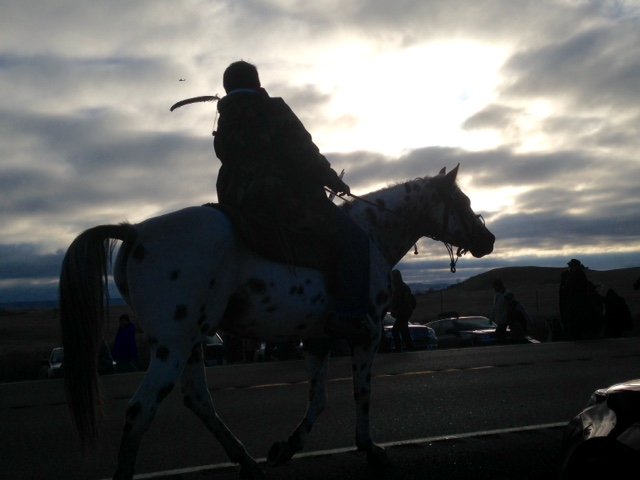 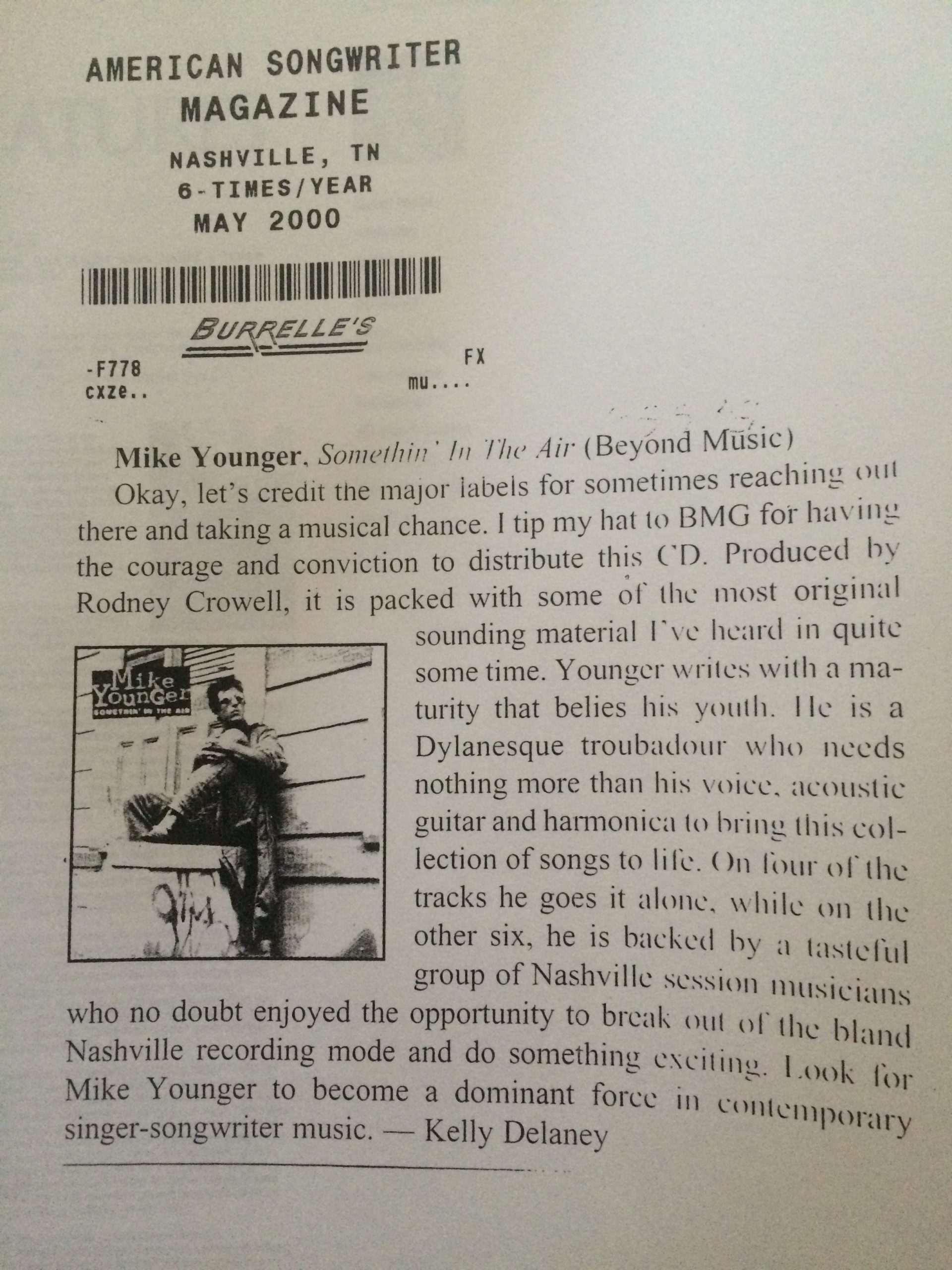 This from virginmega.com back in 1999 when Mike performed at The Kennedy Center on behalf of homeless issues for The National Alliance to End Homelessness 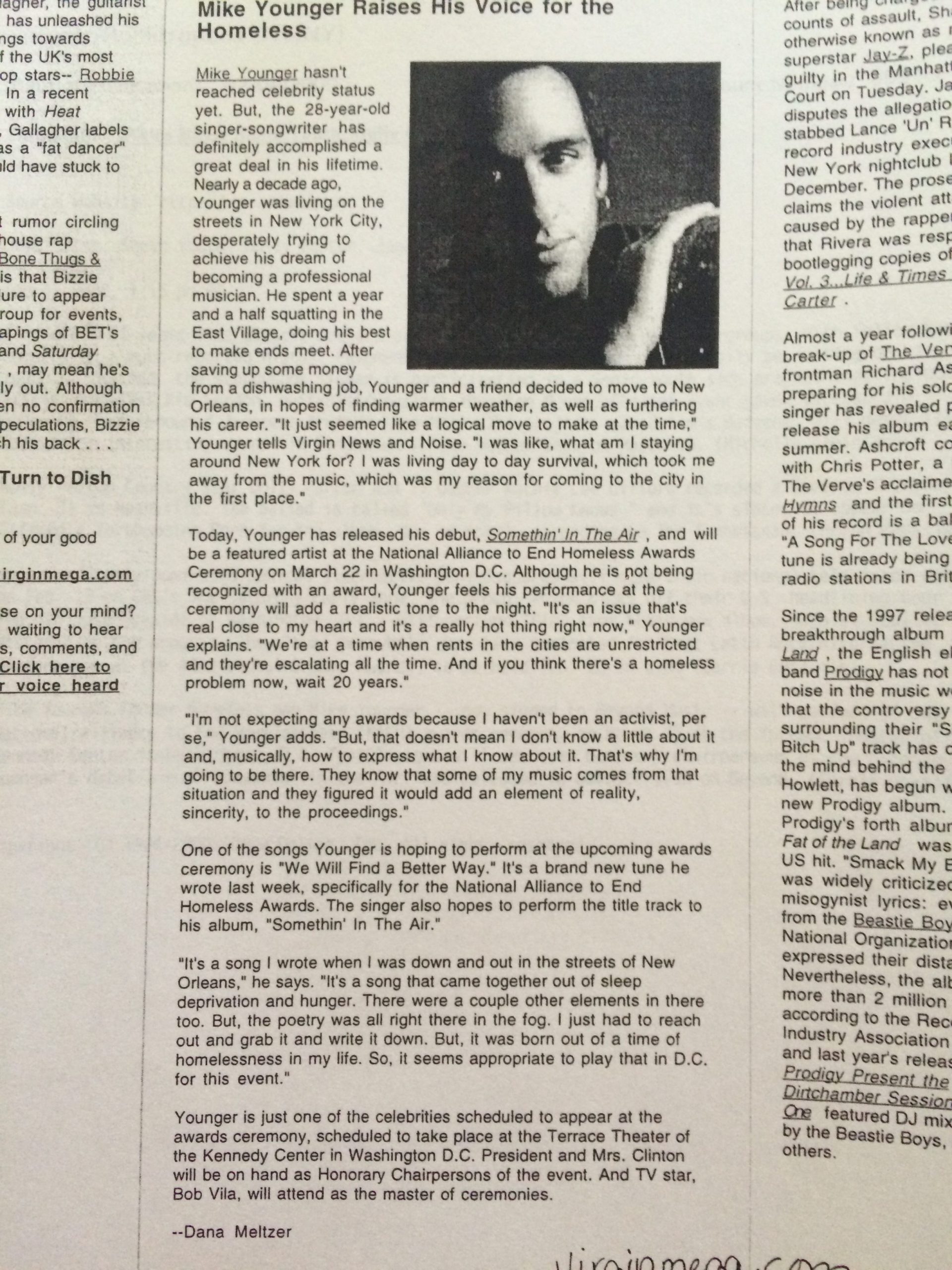 From The Nashville Scene, March 2000 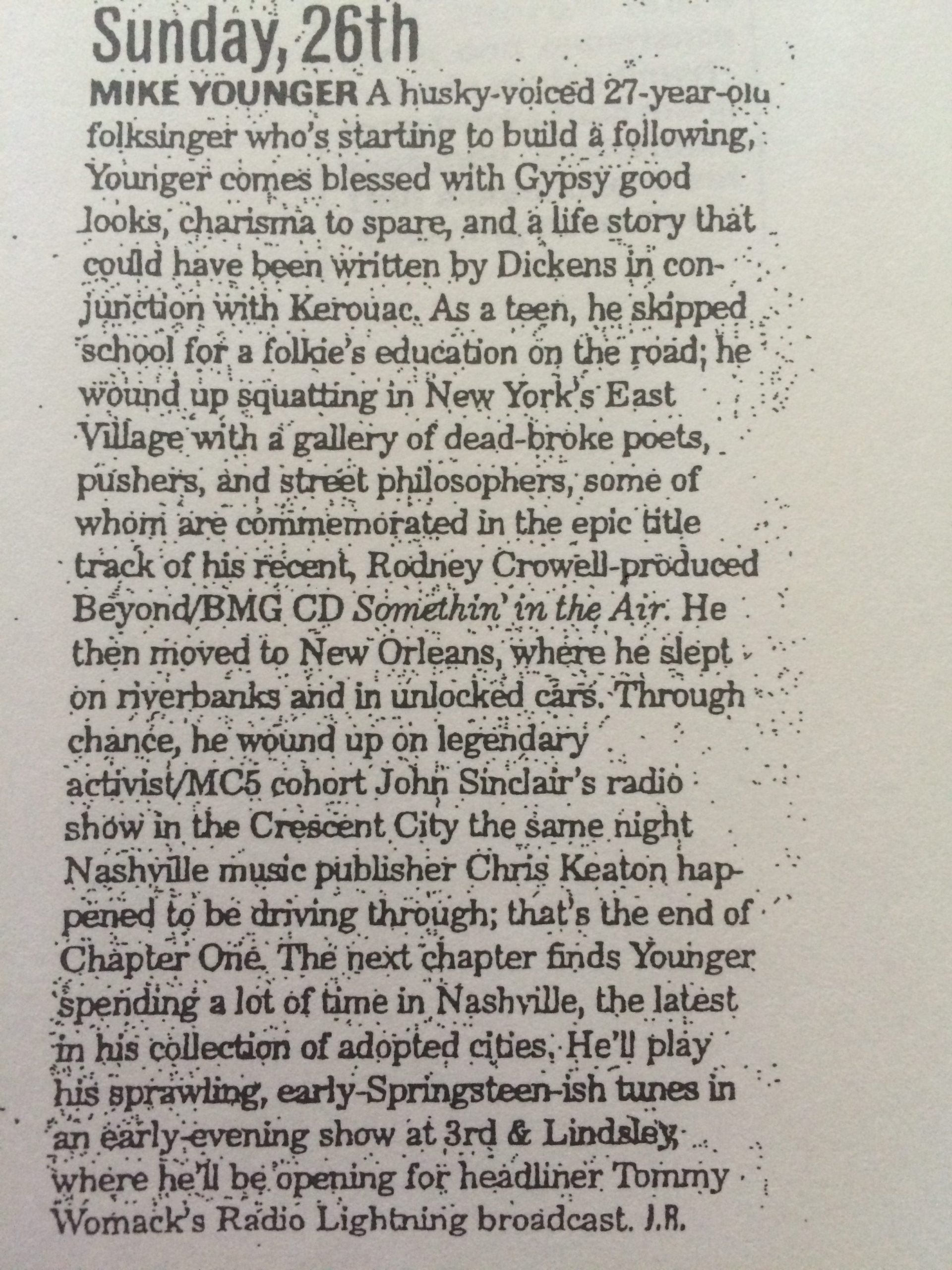 A little blurb comparing Mike Younger to Kris Kristofferson from the LA Times from coverage they did of a Wayne Kramer show with Mike as the opener back in 2000. 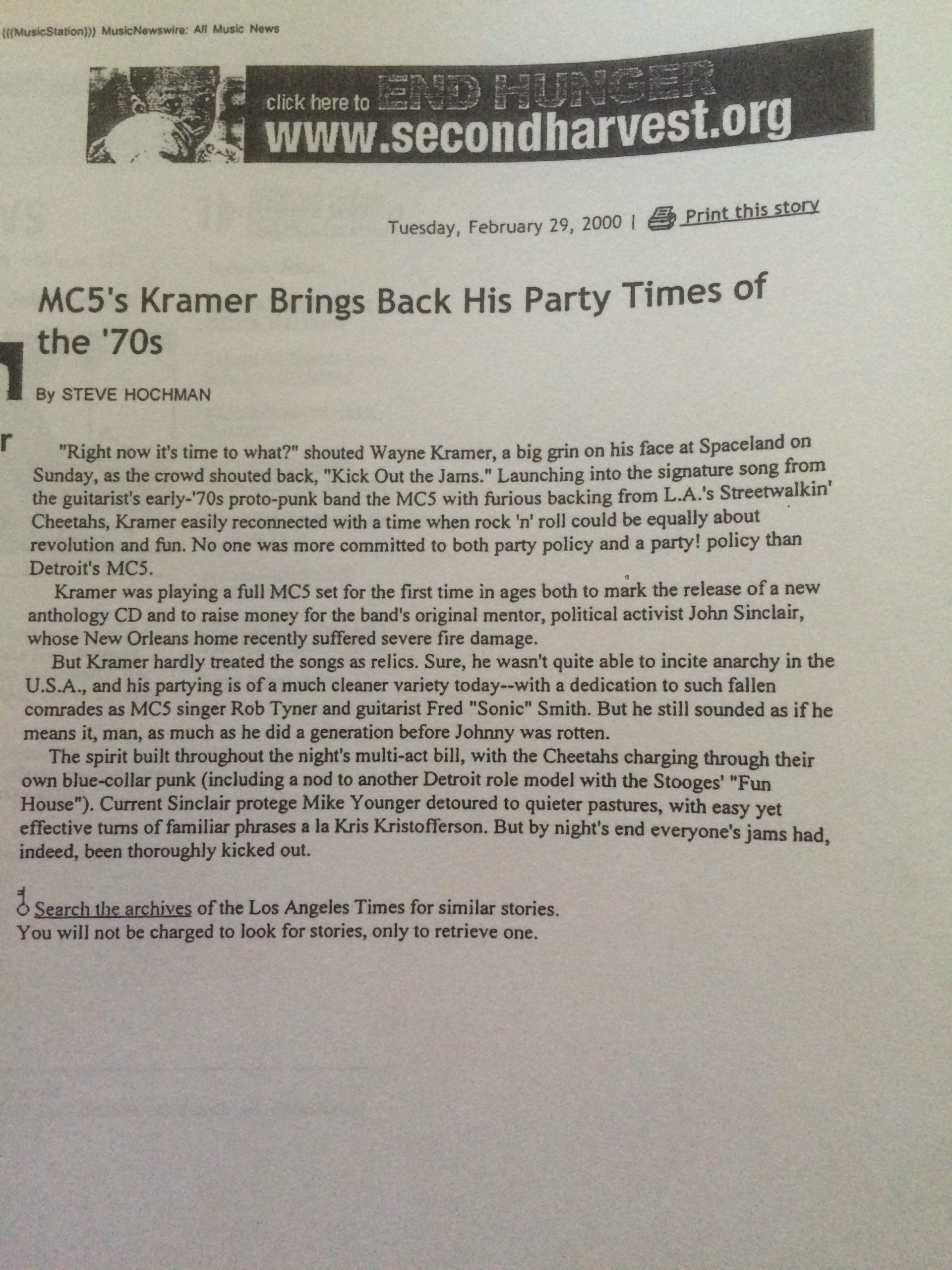 This was a nice piece reviewing “Somethin’ In The Air” in Album Network  back in 1999. 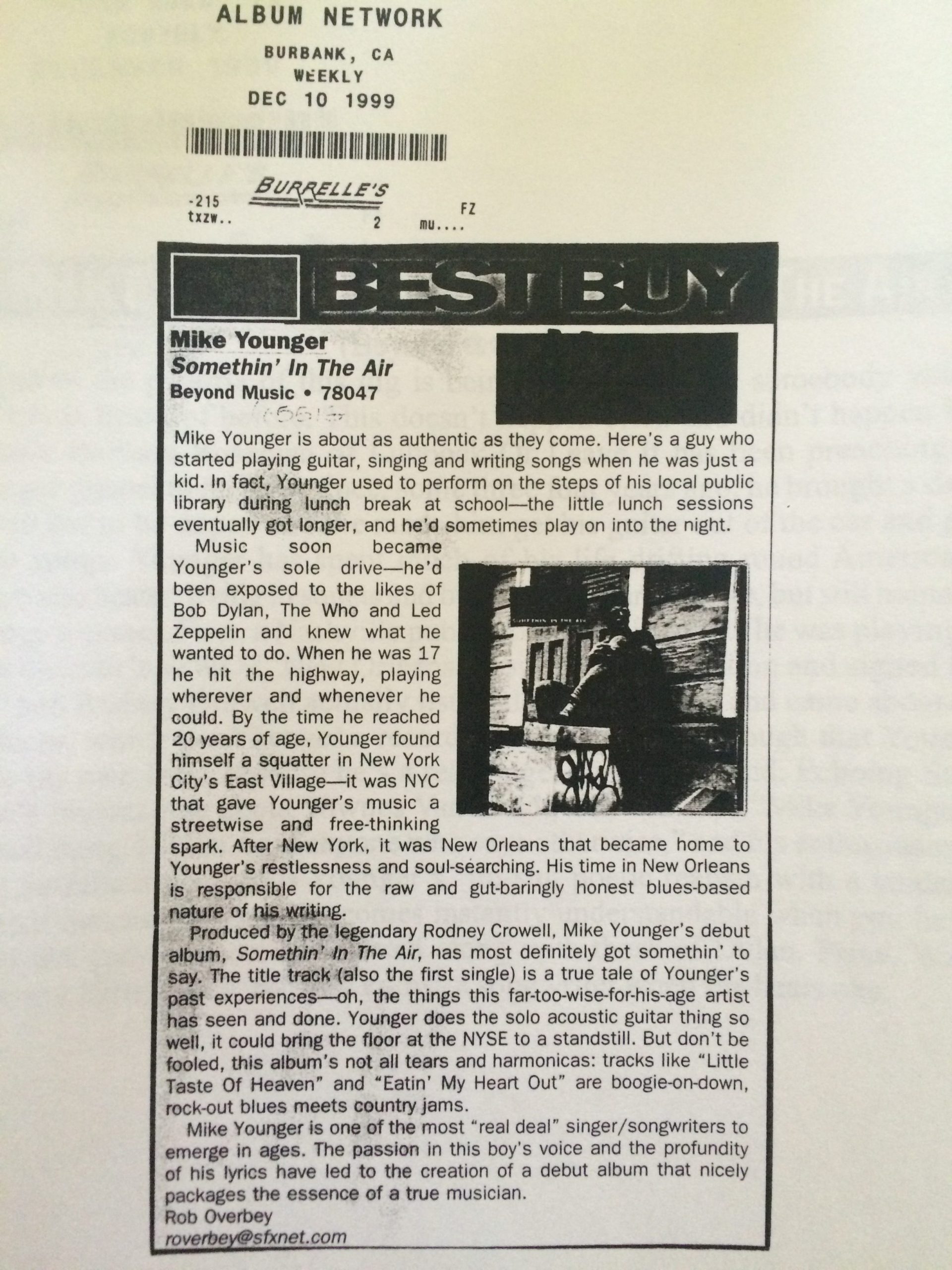 This was a particularly memorable review from 3rd Coast Music back in 1999 when Mike was promoting “Somethin’ In The Air”, produced by Rodney Crowell  on Beyond Music. 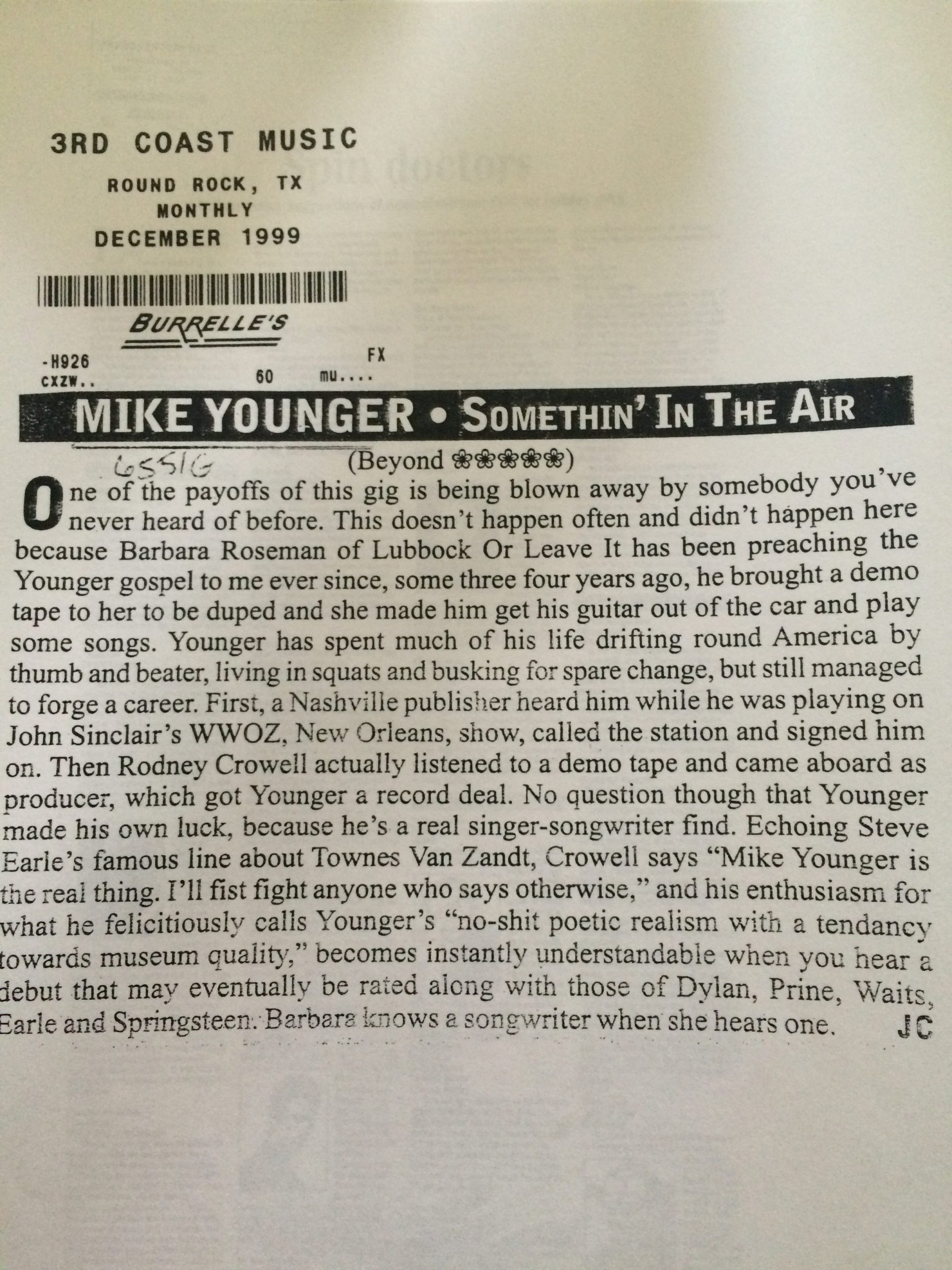